Project complications stalled the effort during the COVID-19 pandemic, but $13 million has been raised to restart it 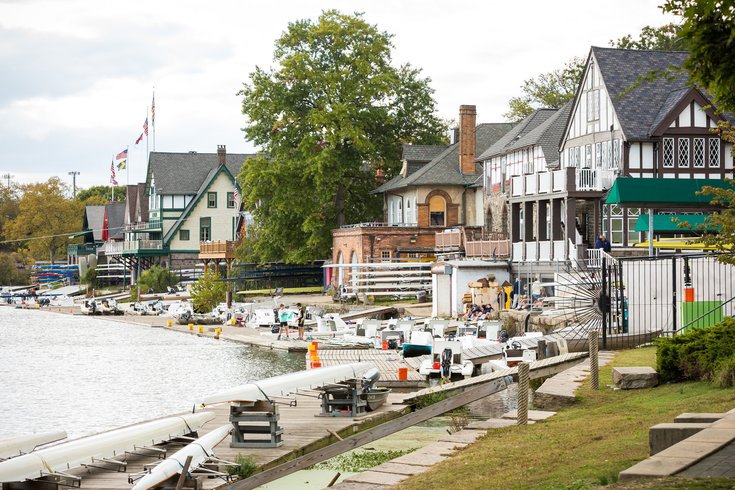 The dredging of the Schuylkill River near Boathouse Row is planned to restart in July after a lengthy delay. The full dredging project along the river is now supported by $13 million in funding, including $8 million from the federal infrastructure bill passed last December.

The long-stalled dredging of the Schuylkill River will resume in July along Boathouse Row, reviving an effort to clear the waterway of sediment and debris that hasn't been properly addressed in more than 20 years.

U.S. Sen. Bob Casey was joined Monday by local officials and the U.S. Army Corps of Engineers to announce $13 million in funding for the restoration of the the waterway, which is home to some of the region's most anticipated annual regattas.

I was proud to join local leaders at Boathouse Row in Philadelphia this morning to celebrate the $13 million investment from @POTUS’s infrastructure law to dredge the Schuylkill River. This investment will support our city's world-class rowing community. pic.twitter.com/9Oy0ofW4vL

The funding combines new money from the federal infrastructure bill passed last December with funds that were raised during the previous attempt to dredge the river above Fairmount, including Boathouse Row and the racecourse.

Urgency behind the initiative has been driven by concern that Philadelphia could lose regatta events due to an unfair competitive waterway. The city has long had one of the world's premiere rowing and paddling communities, but the buildup at the bottom of the Schuylkill River has left its future in question.

A grassroots fundraising effort among rowers was joined in 2018 by the city and other large institutions, including the William Penn Foundation and several universities. The $4.5 million raised in that campaign led to the start of dredging in June 2020 by the Army Corps and New Jersey-based contractor Atlantic Subsea.

The project unraveled when the contractor encountered much more difficulty than it expected removing large debris at the bottom of the river. Atlantic Subsea ceased working in November 2020 and a legal dispute followed with the Army Corps, which terminated the contract last year and argued Atlantic Subsea should have been better prepared for the complexity of the job.

Philadelphia is home to some of the world's top regattas, including the Dad Vail and Stotesbury, which was held this past weekend. In addition to the economic benefits of the regatta, the dredging project is intended to ensure the longterm viability of the waterway for commercial cargo transport.

The last time the area was dredged was in 2000, also with the help of federal funding. The full course has not been cleared of silt buildup in about 50 years.