Next fall, New York-based Urbanspace plans to bring 16 vendors and create a 13,000-square-foot market in the former newspaper building 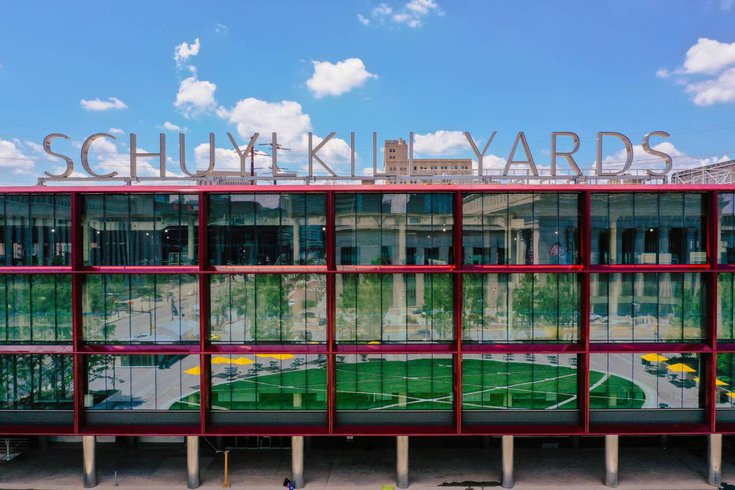 An Urbanspace food hall with 16 vendors will occupy the southeast corner of the Bulletin Building at Schuylkill Yards in University City. The food hall is expected to open next fall.

A new food hall at Schuylkill Yards will open next fall inside the University City building that was the one-time home of the Philadelphia Bulletin newspaper and now being renovated into office and lab space.

Urbanspace, a New York-based company, will bring 16 vendors to the four-story building at 3025 Market St., located on Drexel Square across from 30th Street Station. The food vendors have not yet been announced.

Urbanspace has six locations in New York City, one in Chicago and one in northern Virginia. The markets in New York have a range of vendors, from coffee shops and pizza places to burger joints, sandwich spots, sushi and ramen stands.

"The addition of the Urbanspace food hall is an exciting step in delivering the master Schuylkill Yards vision," said Jerry Sweeney, president and CEO of Brandywine Realty Trust, the developer behind the long-term University City project. "Not only will Urbanspace provide diverse local and national food and beverage offerings for Schuylkill Yards tenants and residents, but it will add great energy to the entire neighborhood — creating a vibrant gathering place for community members and visitors alike."

The Urbanspace food hall will share its building with Spark Therapeutics. Designed by architect George Howe, the building was constructed in 1954 and became home to the The Evening and Sunday Bulletin, which was published from 1847 until 1982. The building is not listed on the city's Register of Historic Places.

Schuylkill Yards is a 14-acre mixed-use neighborhood planned through a partnership between Brandywine Realty Trust and Drexel University. The $3.5 billion development encompasses a mix of office, residential, retail and green spaces that will be developed in stages over the coming years. Several new towers are slated to be built at 3025 John F. Kennedy Blvd., 3151 Market St. and 3001 JFK Blvd.

The Urbanspace food hall is expected to open around the same time that construction is projected to finish on the 28-story tower at 3025 JFK Blvd. That building will have a mix of offices, life science labs, residences and a public green space called Highline Park. It's the first ground-up development for Schuylkill Yards.

The life science tower at 3151 Market St. is expected to be completed in early 2024. The West Tower, a distinctive 28-story building with a mix of offices and luxury residences, will follow in 2025.

"What's happening in Schuylkill Yards is transformative," Urbanspace President Eldon Scott said. "We will be a community hub for the new offices, labs, apartments, and people connecting University City and downtown. The incredible columns in the newly reimagined Bulletin Building and covered area facing Drexel Park make the perfect destination for food, drink, culture, and fun."

The addition of a new food hall will be a welcome development for students and workers in University City, along with travelers who pass through Amtrak's 30th Street Station and want to try some other options.