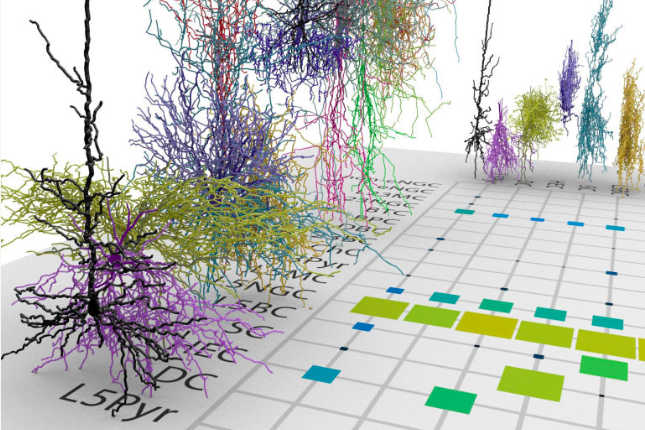 Researchers at Houston's Baylor College of Medicine have discovered six new neurons after conducting a three and a half year brain cell census using razor thin slices of mature brains taken from the primary visual cortex of adult mice.

The study represents a leap forward for the field of neuroscience, which can use the findings to refine diagrams and circuitry maps that frame questions about the formation of memories and the nature of consciousness, according to Popular Mechanics.

"Our brains contain billions of neurons linked through trillions of synaptic connections. Obviously, we are faced with a problem of immense complexity," said Andreas Tolias, one of the study's lead researchers. "However, if neurons can be classified into distinct cell types... and if we understand [their underlying] rules, it will be an important step in deciphering the wiring of the brain."

The research, published last week in the journal 'Science,' details how the new cell census advances previous studies that have relied on brain samples from juvenile mice. While it's easier to capture high-resolution images from young mice, the research team at Baylor sought to examine the increasingly complexity found in the brain as it matures, creating cell types that don't exists at earlier stages of development.

As part of the census, Tolias and his colleague Xiaolong Jiang surveyed 11,000 neurons taken from three layers of the primary visual cortex, a region of the brain that controls sight. Of the 15 types of neurons they found, six were previously undiscovered interneurons, which connect cells and are distinguished by their different shapes.

Scientists conducted more than 200 imaging experiments to track and classify connections based on neuron types such as chandelier, shrub and basket cells. The shapes discovered in the six new neurons had not been seen before the Baylor experiment.

In addition to enabling a better understanding of normal brain functioning, the findings could also provide path toward identifying issues in brain microcircuitry that lead to brain disorders from epilepsy to autism.

Tolias said the Baylor research represents the tip of the iceberg for identifying new cell types in both mice and humans. When future studies examine cell samples taken from elsewhere in the brain, similar methods can be used to create a detailed taxonomy of the myriad structures enabling the organ to function, respond and evolve.