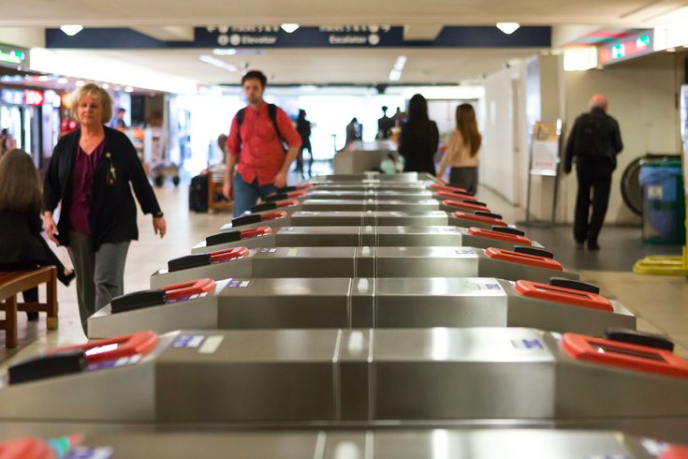 SEPTA plans to introduce Apple Pay as a fare payment option at turnstiles and kiosks in 2020, according to a spokesperson. The upgrade will enable iPhone users to pay for single trips with their phones as an alternative to the SEPTA Key card.

Paying for a SEPTA ride could become a lot more convenient for iPhone and Android users next year as plans take shape for the introduction of Apple Pay and Google Pay on fare kiosks.

The public transportation authority's board voted in October to adjust its contract with Conduent, the company that manages the SEPTA Key fare system, to upgrade fare boxes and turnstiles with Apple Pay and Google Pay-compatible hardware, a spokesperson confirmed Tuesday.

All 4,226 SEPTA Key validators that are in place — including on buses, trolleys, turnstiles and station platforms — will be replaced as part of the upgrade. Features of the enhanced system will include the possibility in the future for secure use of student or university IDs and the replacement of mag stripe Quick Trips with printed QR codes.

The cost to SEPTA for these upgrades is $4,396,372, according to change order contract with Conduent.

With the new functionality, riders can make contactless mobile payments with their phones for single trips as an alternative to using the SEPTA Key card.

A report from MacRumors indicated on Monday that several major cities around the world have plans to introduce Apple Pay for public transit fare payment in the coming years. Some of the other cities mentioned include Boston, San Diego, Toronto and Montreal.

Apple Pay and Google Pay have already been introduced to public transit in New York City, Washington, D.C., and London.

SEPTA said the Apple Pay feature could debut some time next spring or early summer.