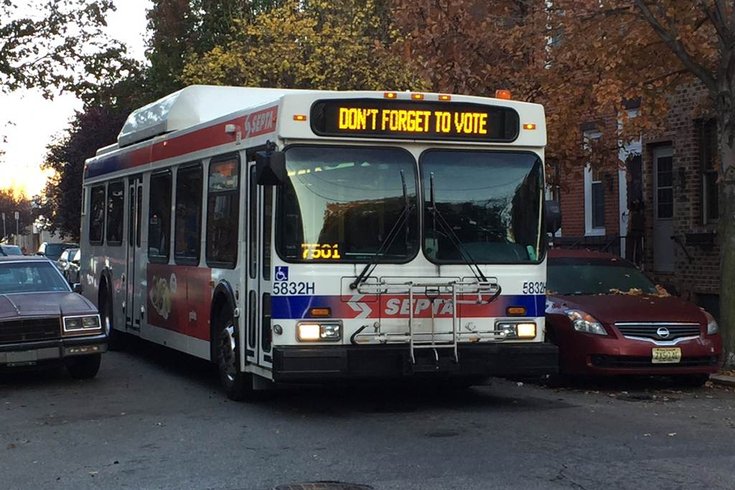 A stomach-churning video of bed bugs crawling out of the seat cushion of a SEPTA bus has Philadelphia's public transit commuters on edge.

The video, shared Wednesday on Facebook by user Crystal Lopez, shows a seat on a Route 26 bus teeming with the parasitic insects. The incident took place in Torresdale on Tuesday afternoon.

"When we receive a report like this, the vehicle is immediately pulled from service and sent to an exterminator," SEPTA spokesperson John Golden said. "We followed this process upon receiving this report."

Golden, it turns out, was referring to separate incident on Tuesday afternoon — that one on a Route R bus. Another rider provided SEPTA with a video of bed bugs on a bus driving along Hunting Park Avenue and Fox Street in Northwest Philadelphia.

In both incidents, the buses were cleared of passengers immediately after the driver was notified, according to SEPTA officials.

Despite the jarring visual nightmare of bugs crawling out of a bus seat, Golden said SEPTA does everything in its power to keep buses clean.

"Buses are cleaned every day and are also regularly fumigated as a preventive measure," Golden said.

The two buses in Tuesday's incident remained out of service as of Thursday afternoon.

This isn't the first time in recent years that a viral social media post spread panic about bed bugs and other insects and impacted SEPTA service. Three years ago, a rider on a Route 6 bus in Olney took a photo that looked almost identical to the incident filmed by Lopez.

And then there were the dozens of "nightmarish" spiders that infested overhead light fixtures at the Spring Garden Station on SEPTA's Market-Frankford Line last summer. SEPTA said it had exterminators out to address the situation, but photographs taken by riders showed that the issue dated as far back as 2011 — long enough to be considered persistent.

SEPTA officials couldn't immediately answer how often they receive reports of bed bugs across its various transit lines. An update will be provided if that information becomes available.

Bed bugs are notoriously difficult to eliminate from residential settings and are often introduced to public transit vehicles by passengers themselves. Their bites, though not dangerous or disease-bearing, can cause severe itching reactions and rashes.

The National Pest Management Association recommends that bed bug specialists be used to treat infested buses. Even after an exterminator has cleaned an infested bus, vehicles with bed bugs should be checked one to two weeks later to ensure that the insects haven't returned.

It's possible these incidents are more common than we'd like to think, particularly if those who report them don't take their shocking discoveries to social media.

"Passengers should notify the operator of the vehicle first," Golden said. "We prefer they contact customer service and report the incident in that manner."