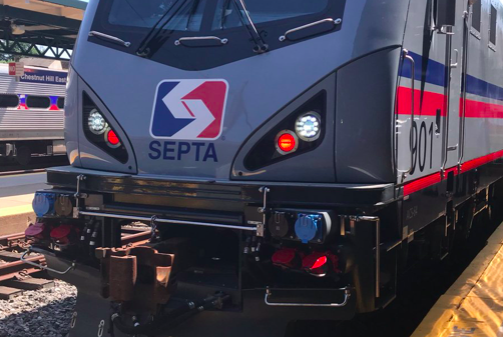 SEPTA officials celebrated Wednesday the deployment of a new electric locomotive that will begin powering trains on its Regional Rail network.

The 15 ACS-64 locomotives manufactured by Siemens in Sacramento will enable SEPTA to expand its fleet, replacing eight aging locomotives in the process. Some of the those being phased out include AEM-7 models, among the last remaining in the United States.

"SEPTA's Regional Rail Ridership has grown by more than 50 percent over the last 15 years," said SEPTA General Manager Jeffrey D. Knueppel. "The addition of these new Siemens ACS-64 locomotives is critical for SEPTA to expand capacity and meet the needs of our riders."

"Without Act 89, long-needed fleet upgrades like this simply would not be possible," said SEPTA Board Chairman Pasquale T. Deon Sr. "These are the types of projects that keep people, goods and services moving and are critical to the growth and economic vitality of the region and the state."

The ACS-64 locomotives will start out in service with SEPTA's existing rail coach cars and eventually be paired with a fleet of multi-level trains projected to debut next year. A $137.5 million deal with Chinese-owned CCRC MA Corporation will bring 45 of the double-decker trains to the busiest Regional Rail lines by the end of 2020.

"This locomotive is not only powerful, but also efficient and reliable" said Michael Cahill, president of Siemens Rolling Stock. "We are proud that these locomotives got here on time and in great working condition, and we are excited to work with SEPTA to improve availability so more Philadelphians can get to their destinations safely and on time."