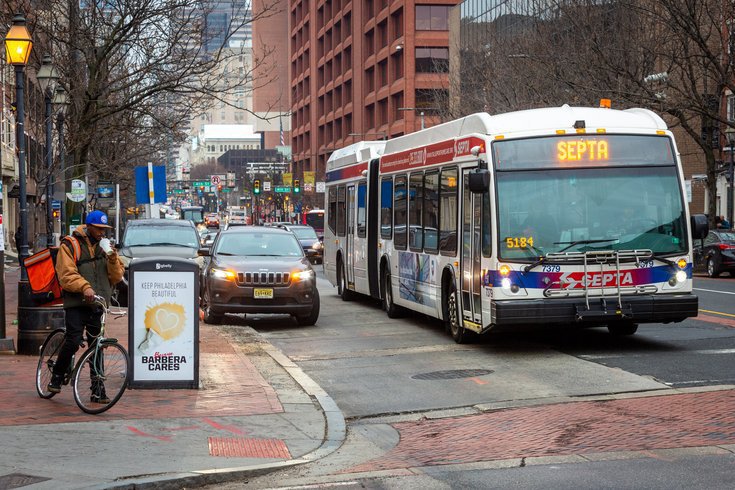 Free rides for children, a low-income fare program, free transfers, and more were discussed at the hearing. All suggestions discussed are all pending a board's approval next week.

Changes were suggested to modify the proposed fare restructuring plan released March 11, ahead of the coronavirus pandemic. Although the March plan proposed ways to reduce costs to riders, suggestions Thursday pushed for more change.

The Philadelphia Transit Riders Union said in their testimony that the original plan hasn't been adapted enough to account for huge financial strains caused by COVID-19.

"There are also very bad parts of SEPTA’s proposal: fare increases, ride limits, cash fare penalties and Regional Rail is still unaffordable for many," wrote TRU. "The SEPTA Board of Directors should not pass SEPTA’s fare proposal which was created before the pandemic and remains unchanged now."

Members of the other groups including Transit Forward Philadelphia and 5th Square, an organizing group focused on urban issues, lobbied for changes to the plan. They provided testimony at the hearing.

One such change proposed that all children who ride with an adult do not have to pay. An update to the March restructuring plan requested that fares for children ages 5 to 11 be reduced to $1. Currently, children pay full price on SEPTA and half price on Regional Rail.

Advocates also suggested getting rid of the $1 SEPTA fare transfer penalty required when switching between trains. They suggested that an unlimited number of transfers be allowed after an initial tap. The March plan suggested the first transfer is free within 90 minutes.

The Philadelphia TRU also proposed a reduction of fares for one year, due to the financial impact of the coronavirus pandemic on low income riders, who are often "essential workers" who face health risks by riding public transit.

The group suggested all fares be lowered to $1, and monthly passed be reduced to $12. A SEPTA monthly TransPass is currently $96.00.

SEPTA also proposed three day passes to be introduced in the fall to allow for changes in the amount of commuters in the expectedly long coronavirus recovery period.

The transit authority recently announced plans to postpone fare increases due to COVID-19, backtracking on the March plan's proposal to increase fares across all passes and regional lines.

SEPTA continues to operate while Philadelphia remains in the yellow phase of Gov. Tom Wolf's reopening plan. Masks are required onboard and some seats are marked off to enforce social distancing between riders.