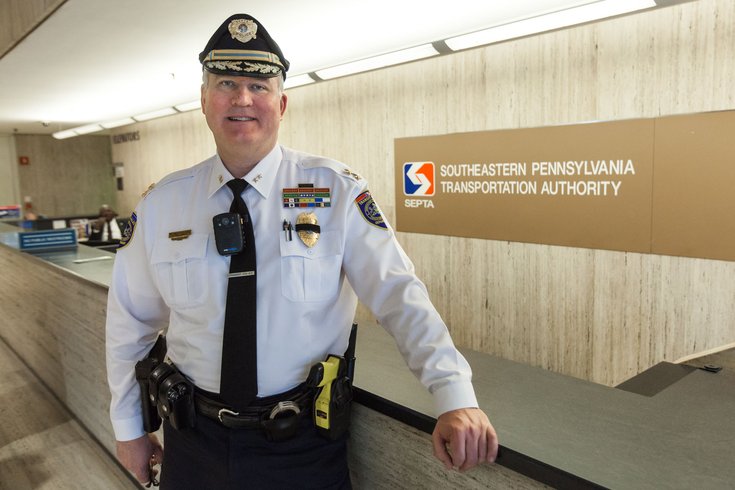 SEPTA's Transit Police Department is getting body cameras for all of its officers, making it reportedly the first transit police force to do so in the country.

NewsWorks' Aaron Moselle reports that the cameras will cost around $300,000, and will be given to each of the department's more than 270 officers by the end of the year. Officers will be responsible for recording any incident, as the cameras won't have enough footage to record an entire day.

SEPTA Police Cheif Thomas Nestel told NewsWorks that the cameras will give officers more credibility with the community and keep officers in check:

In June, cell phone and surveillance video of a SEPTA officer shoving a man into the wall of a train while he was holding his 4-year-old daughter went viral.

The man, 20-year-old Ellis Smith, was being questioned by the officer because he allegedly did not pay his fare. Smith, through his lawyer, denied not paying the fare for his ride on the Market/Frankford line.

An internal investigation was launched, and Nestel called the incident a "failure" on his part.

"We can't endanger the lives of little kids over fare evasion. That's unacceptable. That's on me," Nestel said at a press conference after the incident.

According to Newsworks, Nestel said that officers would face serious repercussions for not recording incidents in accordance with protocol.