SEPTA's thinking of adding a new bus route that would make it a whole lot easier to catch a train from 30th Street Station after a day of activities along the Benjamin Franklin Parkway, but it's not prepared to set anything in stone without some public input first.

The transportation agency will hold an open house next week to talk plans of a proposed Route 49 bus that would operate from Brewerytown through Fairmount and Grays Ferry to University City, according to SEPTA.

The route would link important stops throughout the city, like Eastern State Penitentiary, the Barnes Foundation, Mütter Museum, University of Pennsylvania, Drexel University, the Children's Hospital of Philadelphia and more.

"The Route 49 would provide an important connection between the neighborhoods and growing numbers of jobs and health resources in University City," SEPTA said in a statement.

The community meeting will be held Tuesday from 6 p.m. to 8:30 p.m. at Eastern State Penitentiary.

The proposed route is being considered as a part of the agency's Fiscal Year 2018 Annual Service Plan.

Check out SEPTA's proposed route below: 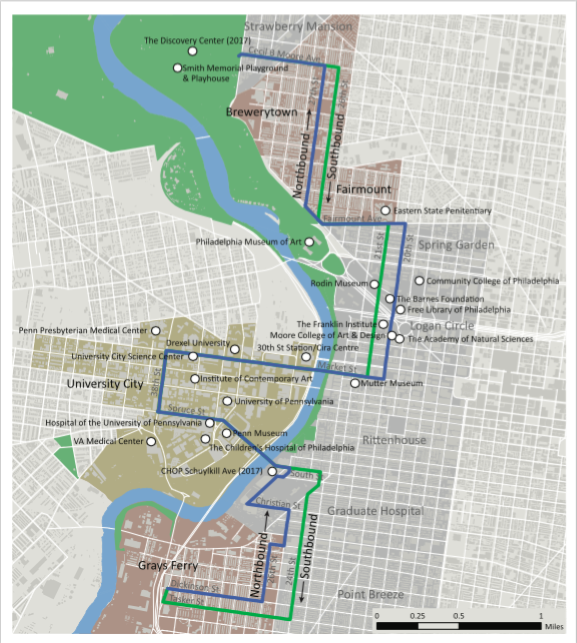