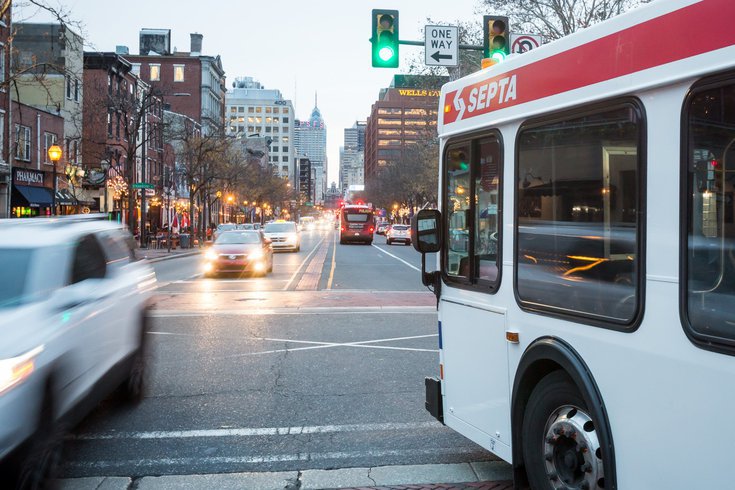 Floyd Whitaker, a former SEPTA Transit Police officer, was charged Monday with assault and related offenses stemming from an April 12 incident involving a man who refused to leave a bus at Frankford Transportation Center. Whitaker allegedly used his Taser on the passenger multiple times without giving him a chance to follow verbal orders.

A former SEPTA Transit Police officer is facing multiple criminal charges stemming from an April incident in which he allegedly used a Taser repeatedly on a bus rider who was making verbal threats against SEPTA employees, officials said Monday.

Floyd Whitaker, 59, was placed on administrative duty following the April 12 incident at the Frankford Transportation Center.

Whitaker, who had been a SEPTA Transit Police officer for 24 years, was called to the station in Northeast Philadelphia around 4:20 a.m. that day for a report of a man who was refusing to leave a bus. The man allegedly made multiple threats of violence against other SEPTA staff, authorities said.

Further investigation found that Whitaker allegedly used his Taser on the man once and then continued to do so without giving the passenger a chance to comply with his verbal orders to exit the bus. The passenger allegedly had fallen to the ground after the first time he was Tased. He was not armed and did not engage in any physical altercations with anyone, officials said.

The passenger was taken to the hospital to be treated for non-life-threatening injuries.

Whitaker was charged Monday with simple assault, recklessly endangering another person, official oppression and unlawful use of an electronic device.

The incident is one of a handful involving SEPTA Transit Police officers or contracted security guards who have been investigated for physical altercations with members of the public.

In August, a former SEPTA security guard employed by Allied Universal was caught on camera beating up a man near the turnstiles of the Arrott Transportation Center that serves buses and the Market-Frankford Line. The incident allegedly stemmed from a verbal altercation. The victim, a 51-year-old man, was hospitalized with non-life-threatening injuries.

Another incident in September, also caught on video, showed a SEPTA revenue officer punch a man to the ground at Frankford Transportation Center. The revenue officer was fired in October and later charged with simple assault, official oppression, harassment and disorderly conduct.

Philadelphia District Attorney Larry Krasner thanked SEPTA Transit Police for their assistance in the investigation that led to charges against Whitaker.

"Any incident in which violent force is used by law enforcement against a civilian should be carefully reviewed to ensure integrity within the criminal justice system," Krasner said. "My office continues to work with our partners in law enforcement to seek accountability for serious and violent crime, and to build trust with members of the public we serve every day."