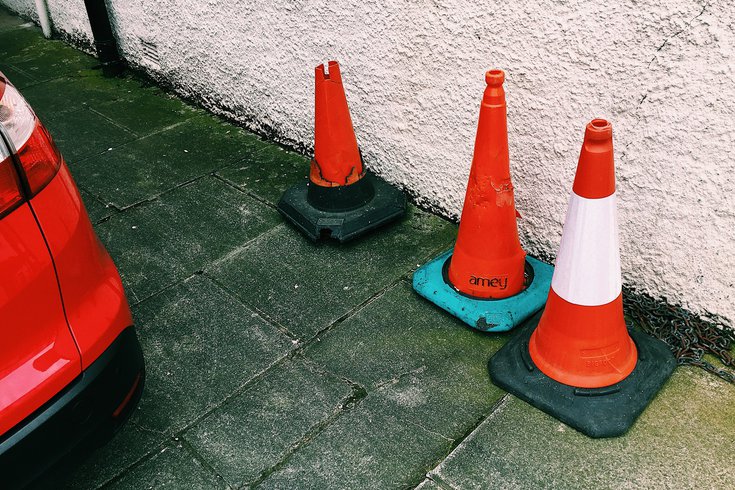 Parking is often a pain in Philly, but it becomes even more of a nuisance when people try to reserve spots with orange cones or other objects in an illegal practice known as "savesies."

That's why a group of "Cone Rangers" have banded together online to collect and remove illegally placed safety pylons and call their neighbors out over this controversial but common practice.

The group, named after the fictional Old West lawman, has its own Discord server with over 200 members. Rangers can show off the cones they've collected or post locations of illegally saved spots around the city.

The idea for the group arose from chatter on the Philadelphia subreddit, where dozens of commenters have complained about their fellow residents saving in-demand parking spots on busy streets in recent weeks.

Still, some commenters worried about the vigilantes' safety in a city where gun violence is endemic.

"Someone is gonna get shot for taking the wrong person's cones," one said.

The Philadelphia Police Department is concerned about this, too. In the past, they've urged residents to not take parking enforcement into their own hands, as it could escalate into a confrontation.

But many Cone Rangers, like John Brown, have had enough.

While he admitted that saving a parking spot is a Philly tradition of sorts, particularly when it snows, it's become much more common over the last few years and has made it a real challenge to park in certain neighborhoods.

For him, it's just one of many inconveniences he regularly deals with as a resident.

"It can be frustrating to just exist in the city sometimes," Brown said. "These small things add up."

Another redditor's story was picked up by FOX29. Maura Fitzpatrick and Philip Rembert were trying to park their car near their South Philly home, but the only spot available was one illegally reserved by a cone.

The couple moved it and left their car, but when they returned the next morning they found a threatening note.

"Stop taking my spot," it said. "You think you're tough? Find your own parking spot."

Last Friday, the couple found their car had been subjected to $700 worth of damage overnight. That's when they decided to file a police report.

The Philadelphia Police Department has repeatedly put out warnings about "savesies" being illegal. It most recently came to the fore early this year when a storm piled snow on the city, making parking spots scarce.

But many on Reddit have complained that despite the department's notable online anti-"savesies" campaigns, enforcement seems very lax.

Fitzpatrick said that when she called the police on Friday they told her next time she should call them and that they would come and move the cone onto the sidewalk.

Brown wished the PPD or the Philadelphia Parking Authority would follow the lead of the Cone Rangers and come remove the pylons being used to save spots.

"It just seems like such low-hanging fruit," Brown said.

Many are technically stolen from city agencies that do construction on streets anyway and could be returned to their rightful owner, he added.

PPD encourages residents to call the police or PennDOT at ​​1-800-FIX-ROAD when they see an instance of "savesies" in Philly. The police department could not be immediately be reached for comment on Wednesday afternoon.