Based on the math, Williams was pregnant when she won the Australian Open 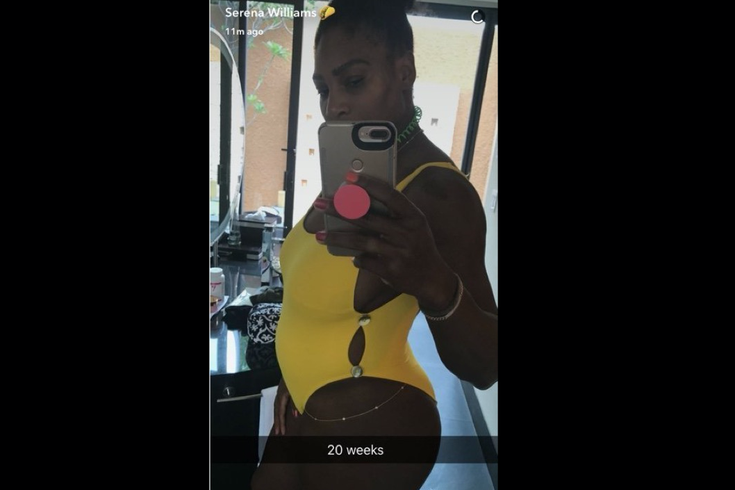 Tennis superstar Serena Williams took to Snapchat on Wednesday to share the news that she's expecting her first child.

In December, Williams, 35, shared that she was engaged to Reddit co-founder Alexis Ohanian, 33, appropriately with a poem on Reddit.

Observant fans quickly did the math and drew the conclusion that Williams had been with child when she won the Australian Open in January.

Serena Williams is 20 weeks pregnant, which means she won the Australian Open while being pregnant and didn't drop a single set. The GOAT.