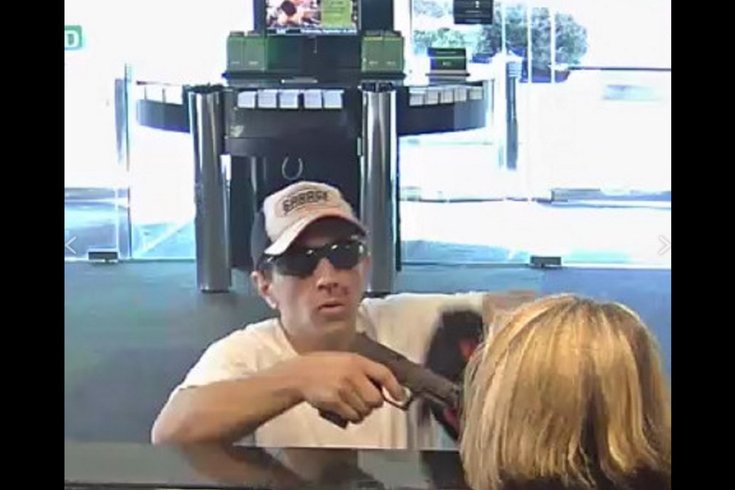 Authorities believe a man is now responsible for five alleged armed bank robberies over a 15-day span, including two Camden County, New Jersey, branches he allegedly robbed on the same day this week.

The Camden County Prosecutor’s Office announced Thursday that the suspect robbed the TD Bank on the Black Horse Pike in Bellmawr and the BB&T Bank on the White Horse Pike in Lawnside. Both banks were robbed Wednesday morning.

During both incidents, the man entered the bank, displayed a handgun and demanded money. After receiving an undisclosed amount of money, he fled the area.

Authorities in Camden County linked the suspect to another robbery that occurred last week. On Sept. 6, he targeted the TD bank located at 601 College Drive in Blackwood.

Earlier this week, the Federal Bureau of Investigation connected the suspect to two other bank robberies: 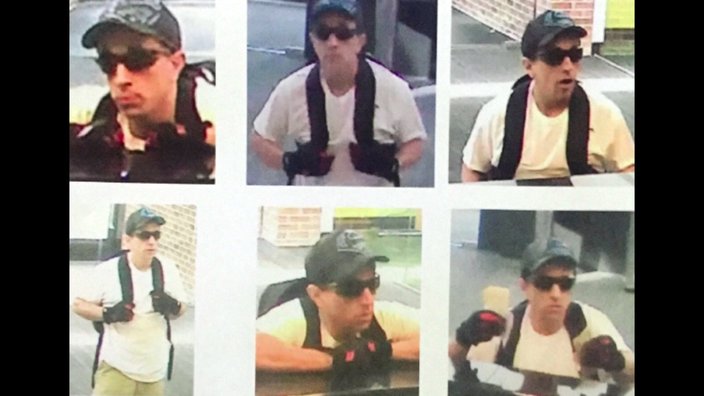 The Camden County Prosecutor’s Office describes the suspect as a 5-foot-8, 150-pound white man. He was last seen driving a black, two-door Mitsubishi with a rear spoiler. A witness was able to report a partial license plate number XA-787, but did not identify the state.