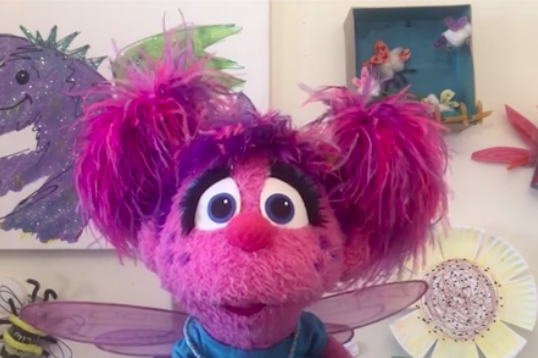 'Sesame Street' and CNN are teaming up for 'Coming Together: Standing Up to Racism.' The kids special will tackle racism in response to the nationwide protests following the death of George Floyd. It will air on Saturday, June 6, at 10 a.m.

CNN and "Sesame Street" are teaming up for a kids special that will tackle racism in response to the nationwide protests following the death of George Floyd.

"Coming Together: Standing Up to Racism" will air on Saturday, June 6, at 10 a.m. The 60-minute special, which takes form as a town hall meeting, will be moderated by Big Bird and CNN's Van Jones and Erica Hill. The characters Elmo, Abby Cadabby and Rosita will join experts to discuss racism, protesting, diversity and embracing empathy.

In April, CNN and "Sesame Street" hosted their first town hall program together to discuss the coronavirus pandemic.

"Sesame Street" is no stranger to fighting the injustices of racism. The show was co-created by Dr. Chester Pierce, founder of the Black Psychiatrists of America, who sought to produce a show that celebrated diversity and inclusivity.

In 1993, the show aired an episode that directly addressed racism featuring cast mates Gina, a white woman, and Savion, a black man. In the episode, the two friends who had just returned from seeing a movie together received a phone call from an anonymous person who disapproved of their interracial friendship.

The show has also tweeted in support of the Black Lives Matter movement. "Racism has no place on our Street — or on any street," they said Monday.

The special will air live on CNN. It will also be available to stream on CNN.com's homepage and through the network's app without a cable login.

If you'd like to give your kids a head start before the town hall meeting, the show's 1993 racism episode is available to watch.