Sex and violence, with a twist: Composer Missy Mazzoli on turning 'Breaking the Waves' into Opera Philly’s daring new production

When Lars von Trier’s 1996 film “Breaking the Waves” comes up in conversation, the response is either “The what now?” or “I love that movie.” Missy Mazzoli is on the “emphatic yes” team — so much so she wrote an opera about it. Composed by Mazzoli with libretto by Royce Vavrek and produced by Opera Philadelphia, “Breaking the Waves” — with all of the original’s sexual and emotional tension intact — runs from Sept. 22 to Oct. 1 at the Perelman Theater at the Kimmel Center.

But this opera adapted from a 20-year-old film set in a Scottish Calvinist village in the 1970s, by a controversial Danish director, has a particular Philly bent. Kiera Duffy, who sings the role of main character Bess McNeil, is from Downingtown; Eve Gigliotti, who plays Bess’ sister-in-law Dodo McNeil, is from Yardley; and Mazzoli herself, is from Lansdale.

Mazzoli, who started writing the music for “Breaking the Waves” during her time as Opera Philadelphia’s composer-in-residence, answered a few questions about being a Philly-area kid turned female composer and making opera cool.

If you’re going to pick a Lars von Trier movie to write an opera about, Breaking the Waves is probably the best choice. What was the appeal? What were the operatic moments that stuck out?

So much of it that feels operatic. It was my librettist Royce, who fell in love with that film when he was 14 who suggested it as potential source material. At first, I was hesitant because I feel that it’s such great film — and why do an adaptation of something that’s already kind of amazing and seems very tailored to the film genre?

But the more I thought about it, I just kept hearing music and I think that for a bunch of different reasons I thought that it would make an amazing opera. You have these really deep, interesting, complicated characters. I felt I could illuminate that complexity through the music, in some ways that I think the film can’t do because it’s a film and doesn’t have the benefit of constant music as one of the layers.

And the most beautiful operatic moments for me in the film are moments that happen between people. There are these very intimate moments between Bess and Jan, or the tension between Bess and her mother, or the awkwardness of the doctor character. Human relationships are so interesting and mysterious to me, so it was really that. And you put on top of that this beautiful natural setting, this incredible extreme landscape and the presence of the church and this chorus of elders.

I also think opera is a place for big ideas. Royce and I always talk about how it’s a place to explore big complicated themes and ideas about the human experience and “Breaking the Waves” certainly does that. 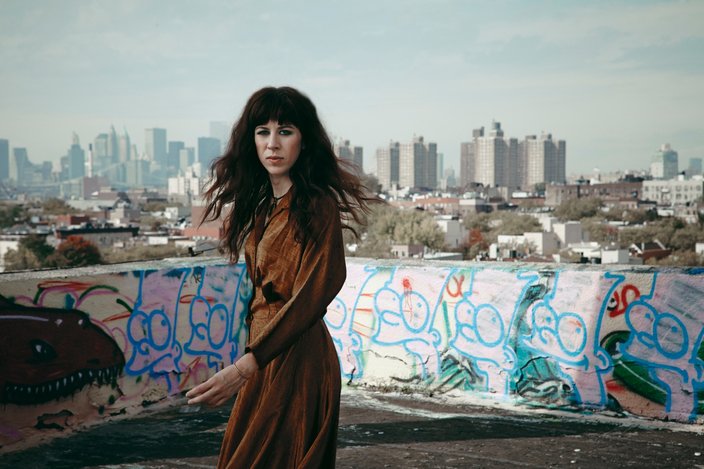 The character of Bess McNeil is interesting because she’s so child-like and religious and the viewer makes understandable judgments about her character, then the ending is completely unexpected. It’s a great moment of faith.

Yeah, I think people get hung up on the sex and the violence or, understandably, about the fact that all these bad things are happening to this seemingly innocent woman. But I do agree with your interpretation in that twist at the end changes everything.

What was your experience like as composer-in-residence with Opera Philadelphia?

I grew up in Lansdale and I grew up as a kid coming to Philadelphia and in so many ways think of it as home, even though I’ve lived in New York for 10 years. My experience with Opera Philadelphia, especially in the last five years, they have just become one of the most exciting companies in the country for opera — maybe the most exciting. I don’t know how exactly they do it, but they’ve magically been able to present incredible productions of opera’s ‘greatest hits,’ but also to really create a huge space for new work. And the fact that they’re committed to doing at least one new opera every season, it seems, is tremendous. And it’s not just that they’re doing these new operas in small theaters or scaling it all down, they’re providing huge opportunities for composers. And just as an artist, I look at the people who’ve given me my first opportunity and who really take a chance on me and I’m so grateful for that. I don’t take it for granted. And Opera Philadelphia is the company that launched my career in a sense.

And it’s not easy. They make it look easy, but it’s really not easy. They take tremendous risks but I think it’s really paying off. They have this incredible reputation, especially among composers and artists as being the place where you can do experimental, edgy work that’s pushing the opera genre forward. For that reason, they have a younger audience and they’re constantly attracting new people to their productions and it’s not just the same people going to every performance. I think there will be people at “Breaking the Waves” who have never seen an opera before but who are interested in seeing new work or coming into it because they’re interested in the film on which the opera’s based, or the design or our director James Darragh; they provide a lot of interesting ways to access new work.

There are not a lot of women opera composers and women writing operas. What do you think keeps women away from composing?

I could talk for a year about this. I do think that there are, in my perspective, a few big reasons why there aren’t more women in the field in general. Mainly, number one is a lack of role models at the top. There aren’t a lot of women in faculty positions as composers. There aren’t as many women who get to perform on orchestra concerts. There aren’t women that you would learn about in your high school music history class. So there’s that and there’s also a lack of encouragement for women at a young age to get into the field. Being a composer, it’s something that you decide to do when you’re in your teens. Any other career in classical music you make that choice very young and you have to commit to it when you’re very young. So there’s not a lot of teenage girls who see themselves as composers.

I’m actually starting a program called Luna Lab, in collaboration with this high school program called Face the Music in New York City. It’s designed to address those problems and to connect young women aged 13 to 19 with prominent female mentors in the field. That, in my mind, solves both problems. It encourages young women to see themselves as composers and would provide each of them with support from an established female composer.

Opera Philadelphia is the huge exception. This is the second huge production by a woman they’re producing this calendar year. They produced Jennifer Higdon’s Cold Mountain. Even if women can establish themselves as composers, they’re not often given commissions to write operas. Asking anyone to write an opera is a risk. You’re banking on someone’s potential. In my experience, I find that women are more often asked to provide proof that we can do something. We get opportunities based on past achievements. The problem is that if no one commissions you to write an opera it’s very hard to get your foot in the door and establish yourself as an opera composer. Another reason why I’m incredibly grateful for Opera Philadelphia for taking a chance on me, the way that a lot of other companies do with young men.

Do you have a favorite memory of the arts in Philly from your childhood?

I remember my parents taking me to see a lot of performances of the Philadelphia Orchestra when they were still at the Academy of Music. I was there all the time. And I had a composition teacher who played in the Philly Pops and he would let me sit in on rehearsals, and I remember thinking, ‘This is the best day of my life.’