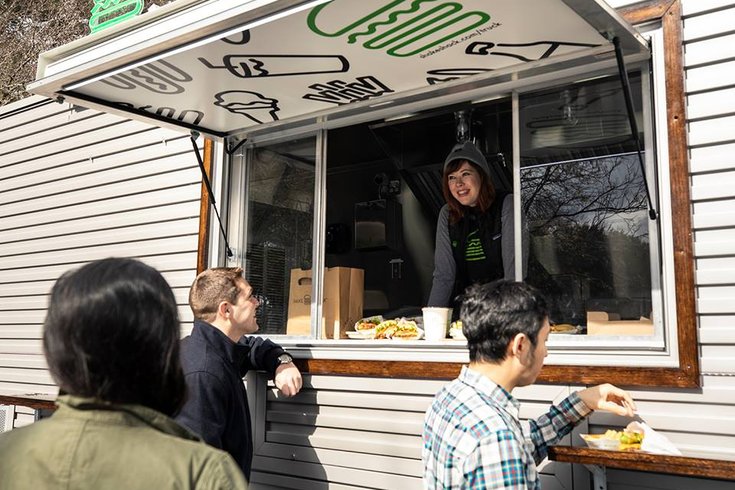 The new Shake Shack food truck is ready to cater your next Philly event.

What's the best way to guarantee the food at your wedding will actually be good? Serve it out of a food truck, of course.

While not all weddings or other private events suffer from stereotypically bad catering, the concept of food truck catering has gained significant popularity over the last several years, often for serving those particular crave-worthy foods at a cost-effective price point.

Now Shake Shack, the beloved fast-casual chain known for its burgers, shakes, and crinkle-cut fries, is joining in on the growing trend, rolling out food trucks available for rent in Pennsylvania, New Jersey, New York, Connecticut, and the Atlanta metro area.

Menus are customizable and options include most of the Shake Shack classics, meaning you can outfit your event with fried chicken, custard, veggie burgers, or whatever combination suits your needs.

Pricing varies based on how long the event goes and how many people you need to feed. Truck reservations typically must be made at least two weeks in advance, but you can fill out the request form online to get an idea about pricing anytime.

The new Shake Shack addition comes not long after plans were shared to build a beautifully massive Shake Shack at Citizens Bank Park, where it will sit adjacent to an new beer garden and sports bar, all slated to open in the old McFadden's space in time for the Phillies' home opener on March 28.

Last fall Shake Shack also added a new Center City location, at 12th and Chestnut Streets. The Philadelphia area currently has six Shake Shack locations, including two in King of Prussia and one in the Wells Fargo Center.