Only available for a limited time 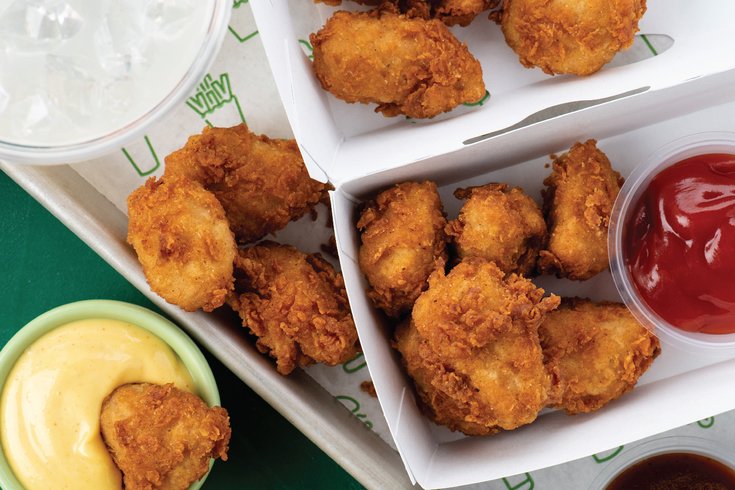 Starting today, the new menu item will be available for a limited time nationwide, with the exception of stadium and airport locations.

"Our Chick’n Bites are always made fresh to order, never frozen and are prepared with a sous vide cooking method so they’re extra juicy and tender," said Shake Shack.

Using antibiotic-free chicken breast, the bites are hand-breaded and fried until crispy. They're served with a choice of barbecue sauce or honey mustard sauce.

The new menu item comes from Shake Shack's Innovation Kitchen in New York City, which opened last year. The test kitchen's team creates experimental items, some of which make it to the permanent menu with favorites like the ShackBurger, cheese fries and frozen custard.

There are several Shake Shacks in the area. Locations include 2000 Sansom St. and 3200 Chestnut St. in Philadelphia, and the King of Prussia Mall.