Police, firefighters strive to be the biggest loser

'Battle of the Badges' pits police, fire departments against each other in weight-loss competition 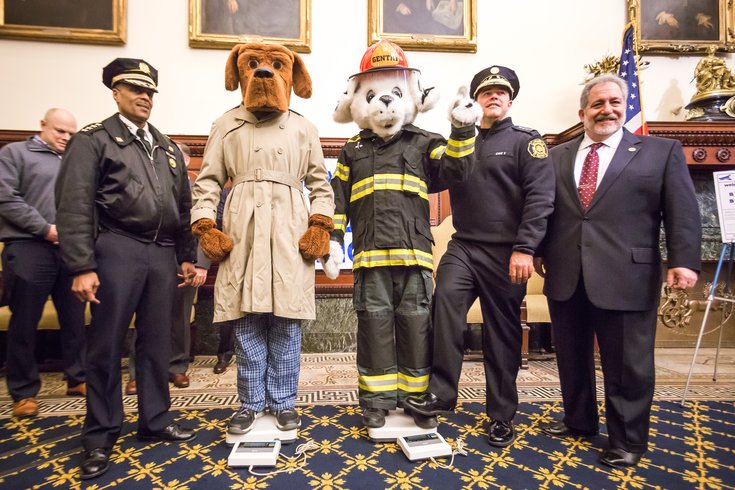 The city’s police and fire departments are going toe-to-toe in a heated showdown to see which can lose the most weight in the 31st annual “Battle of the Badges.” 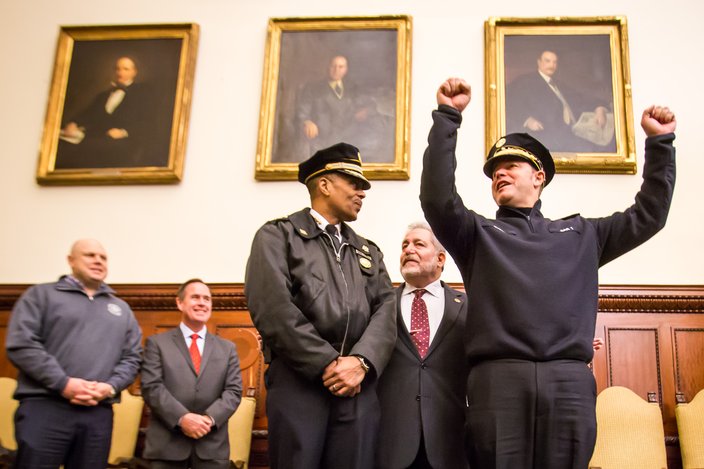 Philadelphia Fire Commissioner Adam Thiel, right, pretends to be the winner while standing on a scale next to Philadelphia Police Commissioner Richard, J. Ross, Jr., during the ceremonial weigh-in of the 31st Weight Watchers Battle of the Badges, Friday, March 24, 2017.

The department with the highest average weight loss will claim the trophy and victory banner and the Hero Thrill Show – the police and firefighters’ children’s charity – will receive a $10,000 donation from Weight Watchers of Philadelphia in the name of the winning department. 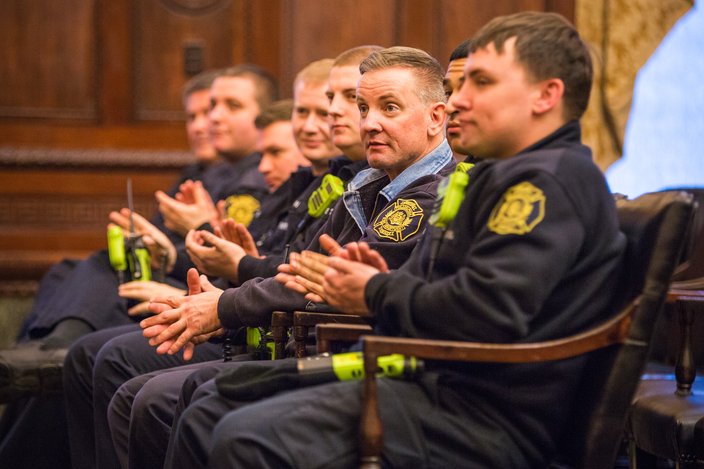 Philadelphia firefighters attended the ceremonial weigh-in at City Hall of the 31st Weight Watchers Battle of the Badges, Friday, March 24, 2017.

“Can’t say enough about our partnership, even though we’re going to kick your butts,” joked Ross.


“Nah, really. This is a nice competition and an opportunity to get in shape and lose needed weight so we can get through these stressful jobs each and every day.

“These are two agencies that have the toughest job in the nation, bar none.” 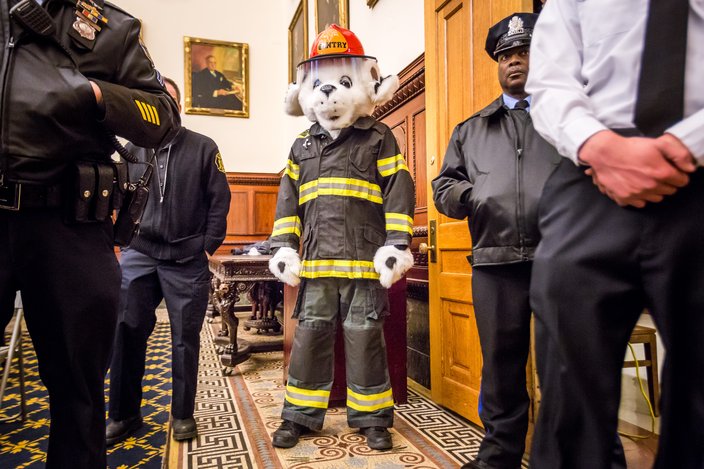 According to John Birnhak, vice president of Weight Watchers of Philadelphia, the departments will enter this year’s battle all tied at 15 wins each in the overall standings. Throughout the past three decades, the combined total weight-loss for both departments is 192,215 lbs.


The annual “Battle of the Badges” motivates the city’s two uniformed departments to shed some extra pounds at the start of spring and jumpstart some friendly competition for a good cause.

“That trophy is gonna look great in my office,” said Thiel.