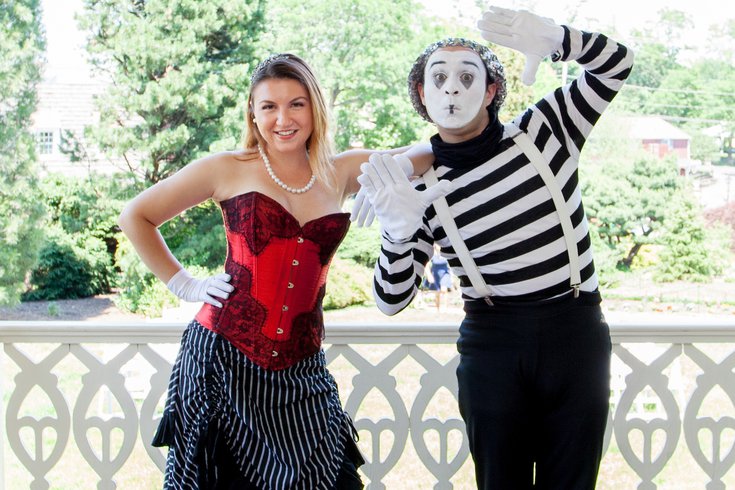 Peddler's Village is a go-to destination for shopping and dining in Bucks County. Now it's adding a lineup of shows to its offerings of things to do. On Saturdays, there will be murder mystery theater that takes audiences back to 19th-century France.

Showtime Under the Stars is taking place at Peddler's Village in Bucks County this summer. The series will include live entertainment by various performers and comedians.

A large capacity event tent has been set up at Street Road Green, just in time for the kick-off weekend on Friday, June 25 and Saturday, June 26.

During shows, guests will be seated at tables and there will be a cash bar to purchase drinks. Guests can dine at Peddler’s Village restaurants before heading to a show, or order takeout to be enjoyed during the performances. Ticketholders receive a 10% discount at Earl’s New American, Buttonwood Grill, Cock 'n Bull, Hart’s Tavern and Peddler’s Pub on the day of the show.

On select Friday nights there will be comedy shows. June 25 will feature host Dwayne Dunlevy, along with the talents of Erin Harkes, Paul Lyons and headliner David Temple. Tickets are $53 for a table that seats two people. Seating begins at 7 p.m., with the show starting at 8 p.m. Future dates for comedy shows include July 16, July 30, Aug. 13 and Aug. 27.

"Murder at the Moulin," a murder mystery theater show set in 19th-century France, will run Saturday nights. The live entertainment is presented by Without A Cue Productions. It will take place Saturday evenings through Aug. 28 (excluding July 3).

The show invites the audience to collect and analyze clues before solving the case. Tickets are $68.90 for a table that seats two people. Seating begins at 7 p.m., with the show starting at 7:30 p.m.

On select weekends there will be other events under the tent, too, like live music. Showtime Under the Stars events are for those ages 18 and older.

Other things to do at Peddler's Village this summer include murder mystery walking tours and festivals with food and music.