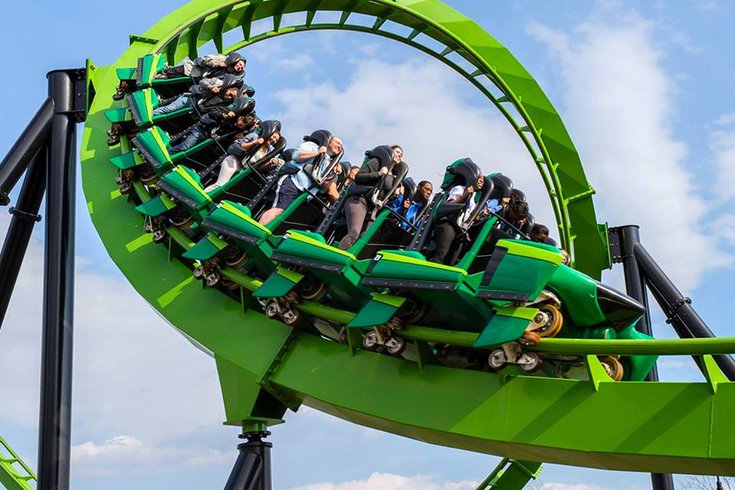 Behold the irony of snow-related ironies: Six Flags Great Adventure in Jackson, New Jersey opted to close on Saturday and cancelled its planned attempt at a world record snowball fight.

UPDATE: Due to inclement weather, park is closed today & record attempt will not take place. Safety is our top priority! Check back for updates!

The Central Jersey amusement park had assured everyone earlier in the morning that the "massive family friendly snowball fight" would go on as scheduled despite the season's first snowstorm, which was expected to bring as much as six inches of snow in parts of the Garden State on Saturday. (The Philadelphia area is still set for 2-4 inches.)

The snowball fight record attempt will take place as scheduled. We will continue to monitor the weather. Check back for updates!

But the park ultimately scrapped the event, citing safety.

The event was set to include child-friendly plush snowballs, hot chocolate, music, games, giveaways and more. Those who attended were encouraged to donate new warm clothing at the park's front gate for a 40 percent admission discount.

The event is still planned at a number of Six Flags parks around the country.