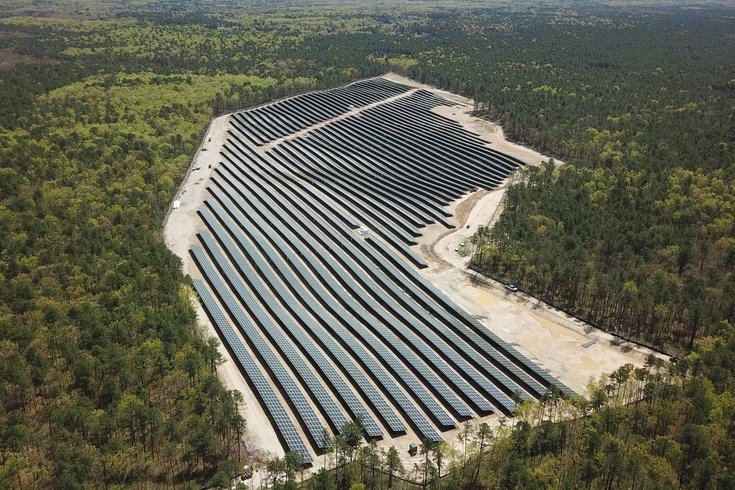 The amusement park, which celebrates its 45th birthday on July 1, partnered with Bedminster-based KDC Solar LLC for the project, which is divided into two main components: 11 megawatts of solar carports distributed over three parking lots, and 12.5 megawatts of grounded solar panels across 40 acres of land.

"This project represents a giant step toward becoming a net-zero carbon facility," Six Flags Great Adventure Park President John Winkler said in a release Wednesday. "Clean energy is right for the environment and our future, and we look forward to decades of environmental stewardship with our partner, KDC Solar."

Construction on the solar panel systems began back in September.

The power Great Adventure generates is net-metered, a practice which offers credits to solar power customers who are create excess electricity and put it back into the grid for others to use.

Great Adventure officials say the project should "dramatically reduce" the park's reliance on fossil fuels, while generating clean energy that can be used in the park's surrounding community.

According to KDC Solar's estimates, the park's solar panels should produce 30 million kilowatt hours of clean electricity in its first year.

Six Flags' solar move is par for the course when it comes to Pennsylvania and New Jersey projects going green. The U.S. Department of Energy called Philadelphia's Lincoln Financial Field one of the "greenest stadiums in the world" and praised its use of on-site renewable energy, while New Jersey's MetLife Stadium was named one of the 10 most energy efficient stadiums in the world by Energy Digital.