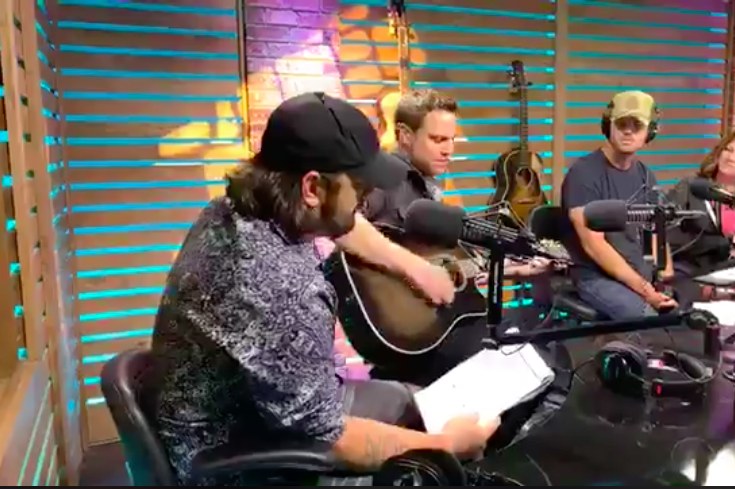 The Band Steele appeared on The Ty Bentli Show in Nashville to perform a fun song about the Pennsylvania man who believes tornadoes are caused by traffic roundabouts.

The Pennsylvania man who theorized that traffic circles are causing an uptick in tornadoes has become a viral sensation over the past week.

Just for a quick recap, the unnamed man appeared last week on WNEP's "TalkBack" segment, which gives viewers the chance to call in and leave the Scranton-area ABC affiliate a message with their opinions about topics, whether newsworthy or not.

Here's what the White Haven man had to say:

"We didn't have tornadoes here until we started putting in the traffic circles. Cause, on account of the – you wanna know why? When people go round and round in circles, it causes disturbance in the atmosphere, and causes tornadoes."

In any case, a Nashville-based show caught wind of this theory and decided to include it in their popular Monday morning segment #TenMinuteTune, where musicians are prompted to write a song about a topic of conversation.

Naturally, traffic circle tornadoes were the subject given to The Band Steele, who performed a chilling country song about this dangerous weather phenomenon on The Ty Bentli Show (the song starts at about the 1:30 mark).

"I told you haters, roundabouts make tornaders," the band brilliantly wrote. "And my F-150 just made an F-5. You think I'm crazy, but the cows are flying!"

Traffic circle tornado man, wherever you are today and every day, thank you.

This isn't the first time callers on WNEP's "TalkBack" have received national attention. In June 2017, "Last Week Tonight" host John Oliver did a segment about callers' obsession with the news broadcast's "Backyard Train." Complaints about the model train – which at times was swapped for a model trolley to some callers' dismay –  included claims it ran in the wrong direction, was not running at all, and it shouldn't be there in the first place. Then there were the calls to complain about the calls about the train, among them one person who wanted to blow up the train.

Oliver ran with the joke for several episodes, eventually constructing what he called the "greatest backyard train that local news has ever seen," which ultimately was donated to Scranton's Electric City Trolley Museum when it wouldn't fit in WNEP's back yard studio.