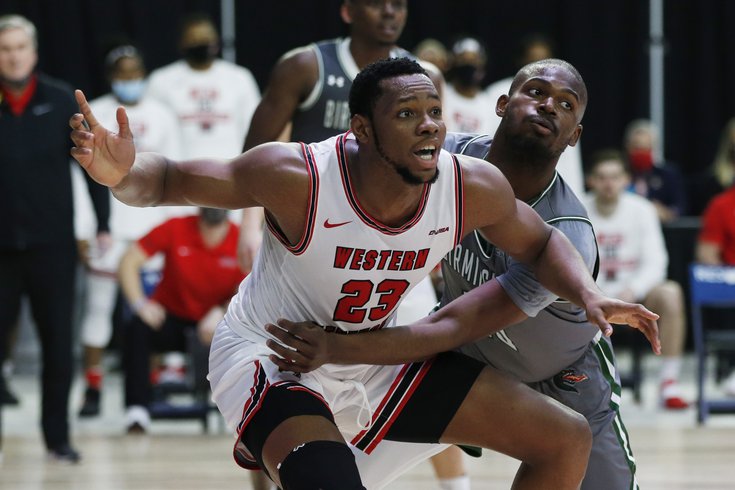 The Sixers have agreed to terms on a three-year deal with second-round pick Charles Bassey the team announced on Friday afternoon. Shams Charania was the first to report the terms of the deal, a multi-year pact that is fully guaranteed in the first year and partially-guaranteed in year two.

It's the end of a surprisingly long saga with Bassey and his agent, though ultimately the only thing it impacted was Bassey's ability/willingness to play Summer League. With Bassey and his agent seeking full guarantees throughout the deal and the team preferring to give him just the first year guaranteed, this feels like a good, middle-of-the-road solution. All signs pointed to Philadelphia working out a deal eventually, considering they sent $2 million in cash to the New Orleans Pelicans in order to acquire the pick in the first place. Bassey has been at the team facility and getting ready for the start of training camp, so there appears to be no bad blood as a result of the standoff. He will wear No. 23 with the Sixers.

For those who need a refresher, Bassey is a center out of Western Kentucky who spent his formative years in Nigeria, beginning as a soccer player and eventually making the switch to basketball (growing to 6'11" will do that). After making the move to the States for high school ball, Bassey would eventually go on to have a productive three-year career at Western Kentucky, with his second season cut short by injury.

There are some skills and traits that should translate pretty easily to the next level. Bassey runs the floor hard, is a good lob target with excellent finishing ability, and you can expect him to bury some guys under the rim on poster dunks. He's also pretty huge — Bassey has a standing reach of nine-and-a-half feet, and the same athletic tools that make him a strong lob target aid him around the basket. Bassey will suck guys toward him coming off of screens, which will be useful for the young ballhandlers he would expect to play with on the second unit. His second-jump ability is excellent, and Bassey's timing allows him to block a ton of shots in the paint, with Bassey blocking over three shots per game last season.

Unlike a lot of ex-soccer players you see playing center, Bassey has some issues with his footwork (though weirdly enough, they're a strength in some ways on offense). Scouts question his ability to defend in space at the next level, and though the Sixers have gone away from it some under Doc Rivers and Dan Burke, Bassey is largely viewed as a guy who is best-suited to play drop coverage in the NBA. He's also not much of a shooter right now, isn't going to give you anything as a passer or ballhandler, and has to be a better decision-maker on offense overall. Bassey turned the ball over too frequently in college, and that'll get him pulled quickly if he gets any sort of chance with the big club. If you want to look at his offensive path forward through an optimistic lens, he's a good free-throw shooter for a big (mid 70s on over four attempts per game in college) and that touch could be an indication that he can expand his range over the long-term.

The question is whether he'll get a real chance to play this season, which is in some doubt given the team's offseason signing of Andre Drummond to a value deal at the minimum. That sort of deal likely comes with a promise to get the majority (if not all) of the backup minutes behind Joel Embiid, leaving Bassey to compete for the third center spot. Frankly, that's a more attractive prospect than it is on most teams, since you're penciling in some load management and missed time for Embiid every season, though Bassey will likely have to compete with fan-favorite Paul Reed to get on the floor*.

(*On the other hand, the Sixers have played Reed at both frontcourt positions early in his career, and if he's able to become a reliable outside shooter, a path exists that includes both guys in backup positions in the frontcourt. Doc Rivers playing multiple young big men in the rotation is a longshot, though it's more likely than last year given the overall youth of the team.)

At the very least, here's hoping we get some preseason exclamation point plays from Bassey. At the very least, his vertical game will give Embiid and the other bigs a different sort of player to compete against in practices, and he has enough bankable skills that he could outperform his draft slot with some time and patience.