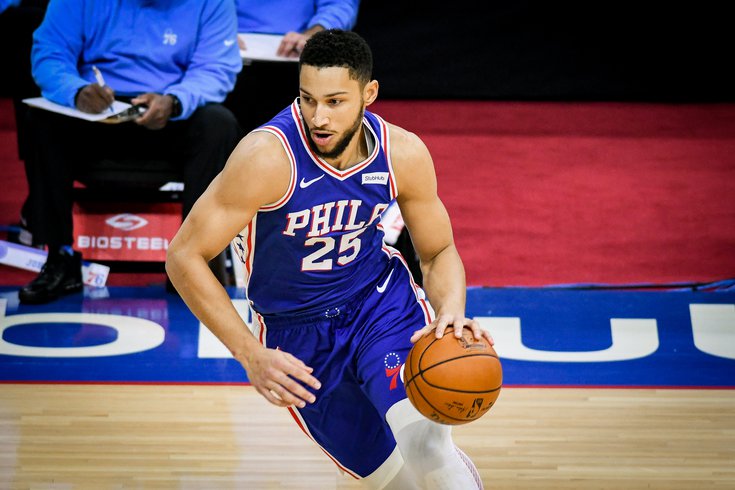 Ben Simmons was named to his third consecutive All-Star Game, the league announced on Thursday evening, using a strong push and two-way credentials to shake off a tough start to the year. He will be the only other Sixers player joining Joel Embiid in Atlanta — Tobias Harris did not make the roster as part of the coach's vote, though he still has a chance to be an injury replacement should players sit out.

The full All-Star reserves are as follows:

On the Eastern Conference side of the ballot, Harris has a tough case to make against a lot of those players, who are either better than him individually (e.g. James Harden) or putting up superior numbers in bigger roles on admittedly worse teams. There's not really an objectionable name on that list, save for perhaps Nikola Vucevic. Even that's a stretch, because the only thing you can ding him for is team performance, and Vucevic can't control that Orlando's roster has been ravaged by injuries.

To me, the case against Harris is simple. He has had an excellent season and would have been a worthy All-Star, but his place in the team's hierarchy affords him the luxury to have bad nights that can be glossed over or forgotten about. The same cannot be said for his teammates who made the game, or most (if not all) of the players who snagged the honor over him. Rewarding winning is a noble goal, but that means identifying the people who are integral to driving that winning, and the coaches decided his case fell short compared to other players. There's no shame in that.

Harris could end up being the beneficiary of his own teammate dropping out, with Joel Embiid hinting in previous press conferences that he would prioritize the push for a title over the All-Star appearance should his health be in question. But Embiid has looked in good physical shape the last couple of games, so that's wishcasting more than anything.

Then there's Simmons, who seems to have fully shaken off a tough start offensively (not to mention a gaggle of trade rumors) to get out to his best two-way stretch since last January when he carried the Sixers in Embiid's absence. Simmons' baseline has been high this year because of how much of an impact he has on defense — Simmons will be in the DPOY conversation at years end, though I suspect he'll lose out to a center. The change in approach on offense has tied it all together, with his improvements at the free-throw line and improved synergy with Embiid inspiring hope for what's to come down the road.

On a related note, he and Embiid are the first Sixers teammates to make three consecutive All-Star Games since Moses Malone and Julius Erving did it four straight tomes from 1983-1986. The other Sixers duos to accomplish that feat are Erving and Doug Collins, Hal Greer and Wilt Chamberlain, Dolph Schayes and Paul Seymour and Schayes and Larry Costello.

Whether Simmons and more importantly Embiid should be playing this game in the first place is a totally different story, but since the league is set on collecting that sweet, sweet sponsorship money, it's a nice honor once again for Simmons. And who knows, maybe it'll keep the fire burning under Harris during the second half of the season.