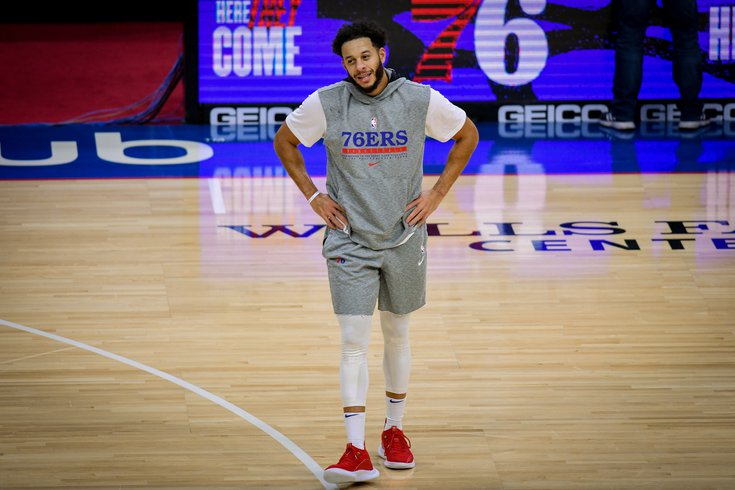 The Sixers are quarantining in New York following a positive COVID test for one of their players, a team official confirmed to PhillyVoice late Thursday evening. Seth Curry, who was ruled out for Thursday's game after being listed as questionable with an ankle injury, was the player who tested positive. ESPN's Adrian Wojnarowski was the first to report Curry's positive test.

According to sources who spoke to PhillyVoice on the condition of anonymity, Curry was tested on Thursday morning as mandated by league protocols, but the Sixers were under no impression that he was COVID-19 positive leading into the game. As a result, Curry sat in street clothes on Philadelphia's bench for the duration of the first quarter, only leaving the court after test results were reported to the team. Once the results were known, Curry isolated from the team.

In TNT's footage of the first quarter reviewed by PhillyVoice, Curry appears to wear a mask for the duration of his time on the bench. He was, however, in close contact with several members of the Sixers' roster, including Dwight Howard and Joel Embiid, the latter of whom sat next to Curry and had a conversation with him late in the first quarter.

Excuse the blurry screenshots here, but looking back through the first quarter footage tonight.

Seth Curry was the only player on the first row of the bench to start the game. As time wore on, other guys (including Embiid right next to him unmasked) were much closer pic.twitter.com/AZqYWUOpYs

The Sixers will all test once again in the morning as they work through contact tracing protocols before leaving New York, sources say, and then work with the NBA to figure out next steps from here. It is not immediately clear how the team and the league will move forward.

With Curry's positive test coming as a surprise, his suiting up for the previous game against the Washington Wizards is a potential cause for concern for the spread of the virus. Philadelphia is back at it again on Saturday in a home matchup with the Denver Nuggets, and no information is available at this time as to whether the league might be forced to change the schedule or postpone any Sixers games in the immediate future. On the other side of the coin, Joe Vardon reports the Brooklyn Nets are still flying to Memphis for the second half of their back-to-back on Friday night.

One Sixers player has already made it clear he will take his own steps to protect his loved ones. ESPN's Ramona Shelburne reported late Thursday night that Joel Embiid plans to self-quarantine from his family, including his three-month-old son, until he can be sure that he does not have the virus.