By Adam Hermann
PhillyVoice Staff
Sixers The Process
from 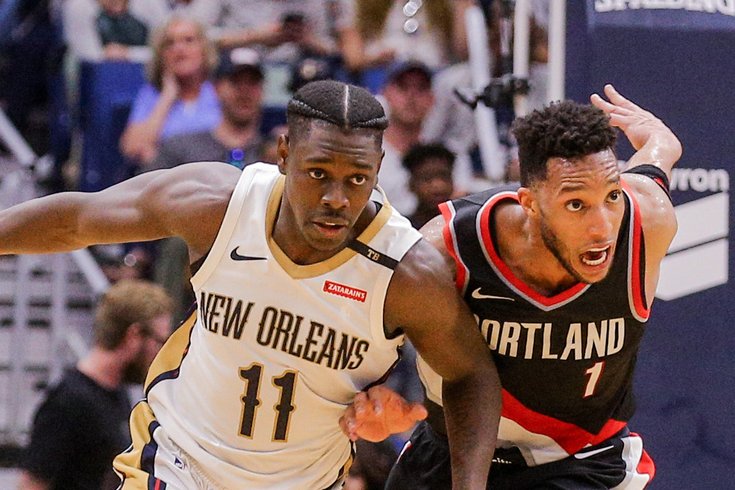 Jrue Holiday and Evan Turner, vying for a basketball in their post-Sixers lives.

So Hinkie blew it up and began The Process, which was a success: The Sixers currently have the best young core in the league and are on pace to win about 105 games in two seasons. They should secure a second straight top-three seed in the Eastern Conference playoffs this spring.

The team Hinkie blew up, though, sees it differently, according to a new ESPN story about former Sixers point guard Jrue Holiday.

The article includes this tidbit from Holiday:

"I see Philly fans all the time who say, 'Man, they never should have broken up that team!’" Holiday says. "I'm like, ‘You are preaching to the choir!'"

And this, from defending world champion Andre Iguodala:

“Apparently we weren't that good," smirks Iguodala, the first to go in the 2012 Dwight Howard/Andrew Bynum mega-trade. "Because they got rid of us all."

According to Zach Lowe, “they all think about what might have been with Holiday, Andre Iguodala, Lou Williams, (Evan) Turner, Thaddeus Young, Nikola Vucevic and the ‘Night Shift’ bench mob.”

They wouldn’t be an awful team in 2019, but to pretend Hinkie blew up some sort of contender, in an Eastern Conference era dominated by LeBron James, feels silly.

For what it’s worth, the story itself is extremely good. It talks Holiday’s work ethic, his growth, and even the relationship between Holiday and former Sixer Evan Turner at length.