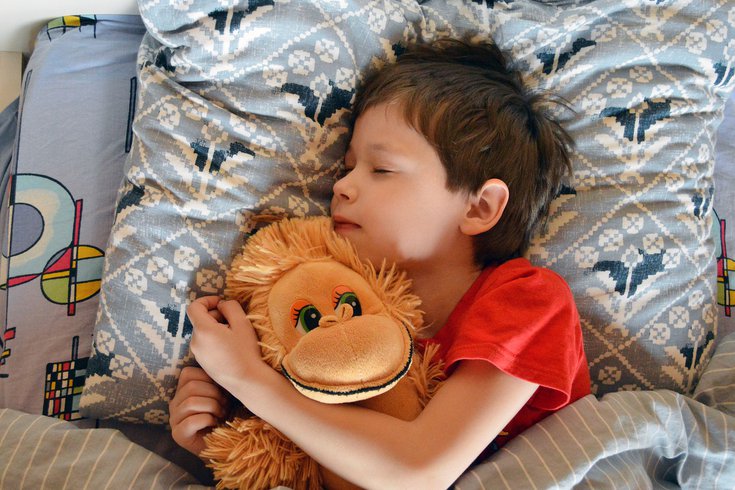 Obstructive sleep apnea is caused by the improper relaxation of muscles in the throat. It is a condition mostly diagnosed in adults, but studies have shown that about 10% of school-aged children also have it.

Children with obstructive sleep apnea have almost three times the risk for high blood pressure in their teen years than their peers, researchers say.

However, scientists funded by the National Heart, Lung, and Blood Institute – part of the National Institutes of Health – also found that when sleep apnea improves, children aren't any more likely to develop hypertension or high blood pressure in their teen years.

Their findings, they say, emphasize the need for early treatment of sleep apnea to prevent future cardiovascular disease.

Sleep apnea is a disorder where a person experiences irregular breathing patterns during sleep to the point their breathing actually starts and stops throughout the night.

Obstructive sleep apnea is caused by the improper relaxation of muscles in the throat. It is a condition mostly diagnosed in adults, but studies have shown approximately 10% of school-aged children also have it.

Some of these children will outgrow the disorder, while others will develop a chronic problem. The reasons behind why this is aren't fully understood.

Lead study author Julio Fernandez-Mendoza, an associate professor at the Sleep Research and Treatment Center at Penn State College of Medicine, said that while previous studies have linked sleep apnea to high blood pressure and an increased risk of heart disease in adults, there is a lack of data on the long-term health effects of the disorder in children as they grow into teenagers.

"Our study showed that pediatric sleep apnea can act as a gateway to future hypertension," Fernandez-Mendoza said. "Because most cases of sleep apnea go undiagnosed in adults and children alike, the problem needs more attention. Sleep apnea and its risk factors should be screened for, monitored and targeted early in life to prevent future cardiovascular disease."

The study included 421 children ages 5 to 12 years old, 12% of which were diagnosed with obstructive sleep apnea after being monitored overnight in a sleep lab. The researchers also measured their blood pressure levels.

Eight years later, the researchers reevaluated the children who were now teenagers for sleep apnea and high blood pressure. The average age of the participants was now 16 years old.

The most common type of high blood pressure diagnosed in teenagers with sleep apnea was orthostatic hypertension, which occurs when a person stands up rapidly after being in a prone position. This type of hypertension is a strong risk factor for heart disease in adulthood, the researchers said.

They noted, however, that the biological mechanisms driving this link between childhood sleep apnea and hypertension in adolescence is still not clear.

Studies have suggested that obesity, increased inflammation, oxidative stress and impaired heart function may all play a contributing role. Oxidative stress is the imbalance between free radicals and antioxidants in the body, which can increase your vulnerability to infection.

Pediatric sleep apnea can be treated with the use of a continuous positive airway pressure machine at night. The CPAP machine delivers air through a mask to help keep the airway open. Sometimes the surgical removal of the tonsils and adenoids can also help.

Children with obesity may also benefit from healthy changes in their eating and exercise routines, researchers said. If you are concerned your child may suffer from sleep apnea, talk to their pediatrician about getting them evaluated.

The study was published online in the journal JAMA Cardiology.