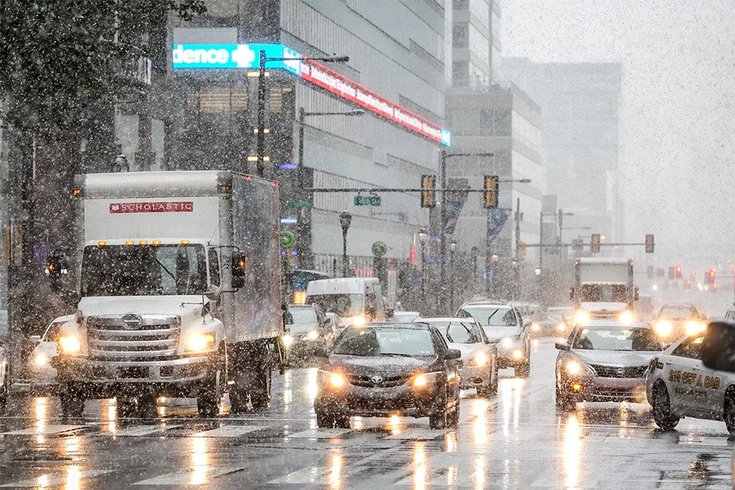 A combination of sleet, wintry mix, freezing rain and even snow is expected to hit Southeastern Pennsylvania and South Jersey this weekend.

Travelers attempting to head home to the Philadelphia area after spending Thanksgiving elsewhere could face some unpleasant weather on the return trip, according to the National Weather Service's latest models.

An incoming system is expected to bring a combination of sleet, wintry mix, freezing rain and even snow to Southeastern Pennsylvania and South Jersey, according to the NWS's Mount Holly station:

For areas south of the Interstate 80 corridor (including northern Delmarva, Central and South Jersey, and much of southeastern PA): Precipitation could start as sleet or a wintry mix Sunday morning, (cont.)#dewx #pawx #njwx #mdwx

For areas along and north of the Interstate 80 corridor (including NW NJ and southern Poconos): precipitation may start as sleet, eventually changing over to all snow. Far northern NJ may see a brief period of freezing rain Sunday afternoon.#njwx #pawx

The wintry weather will be an extension of a "major winter storm" beginning in the Midwest this weekend:

Travel plans this Holiday Weekend? There is a large storm system that will continue to impact the Rockies, migrating into Upper Midwest/Great Lakes region by Sunday. The system will transition off the northeast coast resulting in wintry conditions for some Sunday - Tuesday. pic.twitter.com/wdqdJQVWb8

The NWS puts Philadelphia's chance of seeing an entire inch of snow between Sunday morning and Monday morning at 0%, but the city has a 44% chance of seeing at least one-tenth of an inch. South Jersey, as far south as Vineland, has a 55% chance, while surrounding areas like Doylestown (48%) and Coatesville (59%) also could see extremely minor accumulation, per the NWS.

Thanksgiving itself was free of precipitation in the Philadelphia area, but the region did incur some high wind gusts, including a 48 mph gust at Philadelphia International Airport, according to the NWS:

Keep sending us your questions!

This year's holiday was expected to produce the most Thanksgiving weekend travel in more than a decade, according to AAA's travel forecast.