Thor's trainer said the dog 'moves like a dream', and we absolutely agree 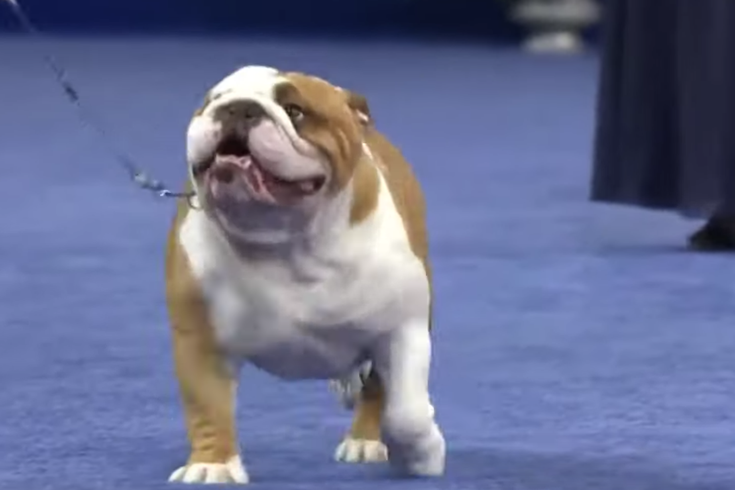 The good boy Thor, showing judges what he's made of.

A hefty, two-year-old bulldog named Thor showed up and showed out at the 2019 National Dog Show, nabbing the 'Best in Show' award Thursday afternoon.

Originally born in Peru, Thor is owned by Kara Gordon of Midland, Pennsylvania, according to NBC News, fitting since the National Dog Show has Pennsylvania roots dating back 140 years.

MORE: Mob Talk on 'The Irishman': There's a difference between cinema and reality

Thor technically wowed judges with his looks on Nov. 16, when the show was filmed in nearby Montgomery County, but results were kept under wraps until Thursday's Thanksgiving broadcast.

(No one was concerned the dogs would divulge the secret, but those pesky owners...)

Take one look at Thor for yourself, and you'll understand the appeal:

"'I love this dog,' trainer Eduardo Paris of Houston said.

"'He's a dog that always gives everything for me,' said Paris, who described Thor as 'a very complete dog.'

"'He's not just one piece, he's many pieces together — what makes him move like a dream,' Paris said. 'The outline is beautiful, the head is beautiful — I love this dog.'"

MORE: President Trump roasted for photo of himself as Philly icon Rocky Balboa

Last year's winner was a delicate whippet, preceded by a fluffy brussels griffon in 2017 and a rail-thin greyhound in 2016, which are well and good dogs. But on a holiday known for its gluttonous, waistband-stretching indulgence, it feels far more appropriate for a 60-pound bowling ball of a bulldog to win the title.