Feeling foggy-headed and tired all the time? You may have sluggish cognitive tempo 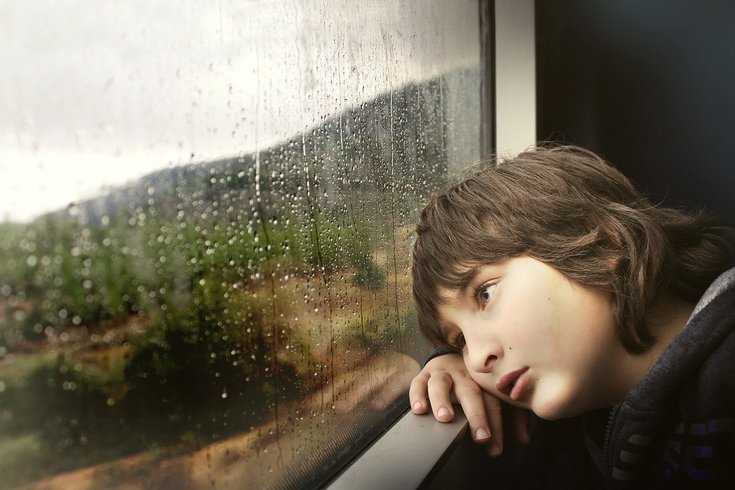 A small group of researchers has been investigating whether symptoms of foggy thinking, drowsiness, fatigue and daydreaming constitute a new mental health disorder.

Proponents argue that patients suffering from sluggish cognitive tempo — a series of behaviors typically related to attention deficit hyperactivity disorder — would have access to better treatment options if mental health professionals accepted it as a separate disorder.

But not all mental health experts agree that a new disorder is needed. Instead, they argue the symptoms are covered by ADHD.

The term sluggish cognitive tempo was first coined in the 1980s when ADHD researchers were debating whether the subtypes of the behavioral disorder — primarily hyperactive and impulsive, and primarily inattentive —were distinct disorders on their own.

The inattentive subtype is "characterized predominately by inattention and distractibility without hyperactivity," according to Johns Hopkins Medicine. Some researchers argued that certain characteristics related to the subtype, like drowsiness, daydreaming and fatigue, were different from ADHD symptoms.

Those symptoms later became associated with sluggish cognitive tempo. Currently, there is no approved drug to treat these symptoms. Nutritional supplements, mental exercises and lifestyle changes are often recommended to help manage them.

Russell Barkley, a clinical psychologist at Virginia Commonwealth University Medical Center, has been trying to get sluggish cognitive tempo recognized as an official diagnosis in the Diagnostic and Statistical Manual of Mental Disorders for years. He argues there is enough research to validate it now, though some of his colleagues say more studies are needed.

Currently, sluggish cognitive tempo remains a clinical construct, a psychological term used to describe a certain set of behaviors. Much of the research on it comes from a 1984 dissertation and a 1986 study. Teachers rated behavioral concerns of their students on a scale and found that a "sluggish tempo" affected a distinct group of students separate from those who had ADHD.

In 2001, Barkley wrote a commentary arguing that some people diagnosed with the inattentive ADHD subtype were distinctly different from others with ADHD. He and others eventually determined that it was their sluggish cognitive tempo symptoms that made them different.

In 2013, Barkley developed separate rating scales for sluggish cognitive tempo in adults and children. A majority of the January 2014 issue of the Journal of Abnormal Clinical Psychology focused on the way symptoms like daydreaming and lethargy just didn't fit the inattentive ADHD profile.

But Barkley remains mostly in a silo when it comes to his conviction that there is enough evidence to support making it an official diagnosis. Most researchers are more conflicted about what the science says so far.

"Research findings vary as to whether sluggish cognitive tempo is a distinct disorder, a subset of ADHD, or a condition that may be comorbid [that may coexist] with ADHD," Robert Myers, an associate clinical professor of psychiatry and human behavior at the University of California, Irvine, previously told Healthline.

Studies remain ongoing to explore the validity of sluggish cognitive tempo as an official diagnosis. So far, the results have been mixed.

Some support the idea that it is not just an offshoot of ADHD.

Stephen Becker, an associate professor of pediatrics at the Center for ADHD at Cincinnati Children's Hospital Medical Center, was involved in a July 2020 study that asked teachers to identify students who exhibited any of the 15 traits associated with sluggish cognitive tempo and the nine traits associated with inattentive ADHD.

Other studies have questioned the durability of the construct. A 2019 study found people only exhibited sluggish cognitive tempo symptoms during certain periods of a seven-year span, rather than consistently over time.

Other studies have shown longitudinal stability. The researchers say this speaks to the impact of these behaviors, including on people's abilities to take timed tests and their overall academic performances.

Most experts agree that a deeper understanding of how sluggish cognitive tempo impacts people's lives is needed before it should be proposed as an official diagnosis.

One of the most vocal critics of sluggish cognitive tempo becoming a new mental health disorder is Allen Frances, a professor emeritus at Duke University who chaired the task force that put together the fourth edition of the DSM.

Frances told STATNews that sluggish cognitive symptoms can be caused by a wide range of neurological and physical conditions including seizures, hypothyroidism and COVID-19 "brain fog." He said sluggish cognitive tempo has no place in the DSM because the symptoms already are defined as criteria for inattentive ADHD.

"That should itself be a wake-up call for how silly this diagnosis is," Frances said. "You wouldn't want to be focusing on the sluggish cognitive phenomena on their own. You'd say, what's causing it.'"

Other experts are wary of the idea because of the troubling trend of misdiagnosis and overprescribing of medications related to ADHD. They argue that that issue should be addressed first, or at least alongside conversations about sluggish cognitive tempo.

Andrew Whitehouse, a University of Western Australia professor, previously voiced his concerns that research has yet to demonstrate people with these behaviors need the help of a health professional.

In a 2014 submission to The Conversation, Whitehouse wrote that he was wary of Barkley's association with the pharmaceutical company Eli Lilly which has funded drug trials related to sluggish cognitive tempo. He said the highest levels of scientific evidence must be met and that the field hadn't gotten there yet.

Keith McBurnett, a professor of psychiatry at the University of California, San Francisco, has co-authored several papers on sluggish cognitive tempo. He previously told The New York Times that there isn't enough evidence for consensus, but he believes it is still important to dig deeper into this area.

"These children are not the ones giving adults much trouble, so they're easy to miss," he said. "They're the daydreaming ones, the ones with work that's not turned in, leaving names off of papers or skipping questions, things like that, that impinge on grades or performance. So anything we can do to understand what's going on with these kids is a good thing."