The earthquake reached a magnitude of 2.1, officials said 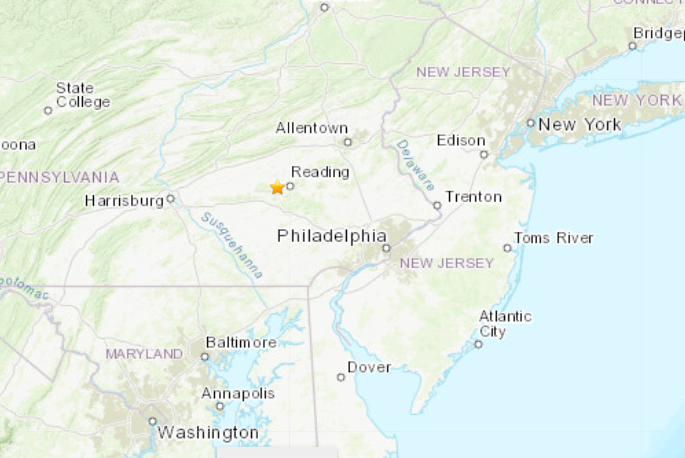 The National Earthquake Information Center of the U.S. reported that a 2.1 magnitude earthquake was recorded in Berks County Friday. This was the third earthquake reported in the area in just one week.

A small earthquake could be felt in parts of Berks County Friday night.

The 2.1 magnitude quake was the second to be felt on Friday and was the third recorded that week.

The tremor registered just west of Sinking Spring at 3:47 a.m. Friday, according to the National Earthquake Information Center of the U.S. Geological Survey. The quake was 1.8 miles deep, and more than 150 reported they felt the quake.

The Morning Call reported that the same area felt a 1.7-magnitude quake was recorded at 1:40 p.m. on Sunday.

A 1.6 magnitude earthquake was recorded near Leesport around 2 a.m. Friday as well.

The most significant earthquake to shake the state was in 1998 when a 5.2-magnitude tremor shook the northwestern part of the state.

There was minor structural damage reported and it had significant impacts on the local groundwater system.

To report feeling an earthquake, head to the U.S. Geological Survey website.