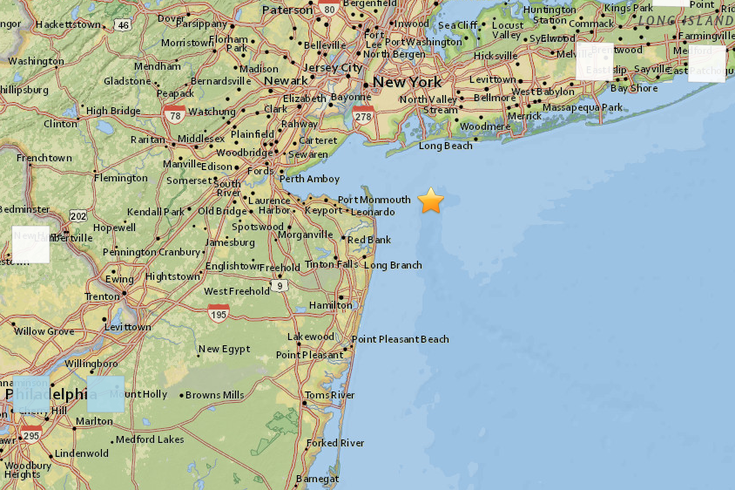 Map showing the epicenter of a small earthquake that occurred off the coast of New Jersey on Sunday, Nov. 6.

A small earthquake was recorded off the coast of New Jersey Sunday morning.

According to the United States Geological Survey, the 2.0 magnitude earthquake happened at 7:15 a.m. near Long Branch.

The USGS recorded three "did you feel it" responses from the quake in the Philadelphia region: one near Doylestown, one near Camden and one near Mount Holly.

One Reddit user noted feeling an earthquake Sunday, but said it was felt around 5:25 a.m.

The largest earthquake to hit Philadelphia in recent memory was in 2011, when a 5.8 magnitude quake rattled the city.

Centered in Virginia and felt from Georgia to Canada, that quake is the third-strongest East Coast temblor on record.