Young children, the elderly and those with certain underlying health conditions are encouraged to limit strenuous outdoor activities 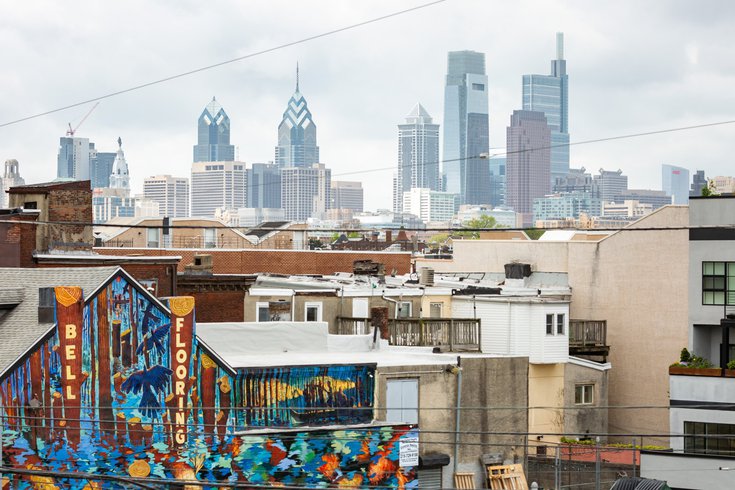 The Air Quality Index has reached as high as 147 in Philadelphia on Wednesday, making it unhealthy for many residents.

If you've gone outside or looked out your window over the last 24 hours, you've probably been a bit confused to see an extremely hazy sky stretching across the Philly region. There's also a good chance you noticed a smoky smell too.

The hazy, smoky skies have made the sun look as red as in the Francis Ford Coppola film "Apocalypse Now" and the moon look blood orange.

The off-color skies across the region are the result of smoke that has swept across the U.S. from wildfires that have engulfed central and western Canada, as well as Oregon.

The upper-air winds have pushed the smoke all the way to the East Coast. The smoke is stacked in a two-mile layer at least five miles above the surface, according to the Inquirer.

The smoky, hazy skies have created unhealthy air conditions across the Philly region. High levels of a fine particulate matter called PM 2.5, a pollutant produced by wildfires, have been detected.

The AQI currently sits at 147 in Philadelphia, according to the Department of Public Health. If the AQI were to eclipse 150, air quality would move into the red tier.

The code orange alert issued Wednesday by the Pennsylvania Department of Environmental Protection covers all of Southeastern Pennsylvania.

Air quality is expected to improve as the smoke dissipates following the passage of a cold front later on Wednesday that will bring cleaner air to the region.

Here is a look at the smoke forecast through tonight. The haze should clear out behind the approaching cold front. pic.twitter.com/1WQ6I5vfNL

The air quality may be unhealthy for sensitive groups, who might experience some complications resulting from exposure. Sensitive groups include young children, the elderly, those suffering from heart or lung disease and those with respiratory issues like asthma, emphysema and bronchitis.

Those with underlying health conditions that make them more vulnerable to the impacts of air pollution are urged to limit strenuous outdoor activities and stay indoors. The general public is less likely to be affected.

Residents and businesses are also encouraged to reduce or eliminate fireplace and wood stove use, avoid open burning of leaves, trash and other materials and avoid using gas-powered lawn and garden equipment.