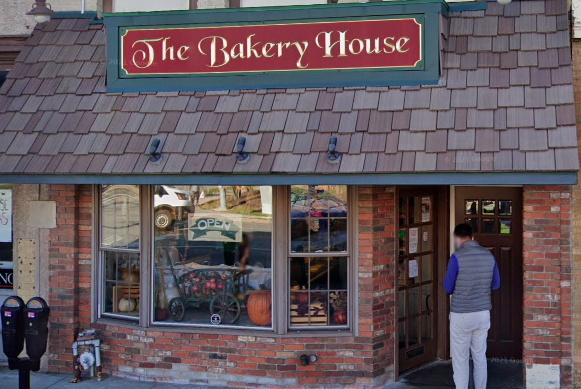 The Bakery House in Bryn Mawr posted an apology to its Facebook page Monday afternoon after one of its decorators used an altered image of the Philadelphia Police Department's shield on a cake that replaces 'honor, integrity, service' with 'coffee, corruption, donuts.' The bakery's owner called the incident a 'devastating mistake.'

A controversial take on the Philadelphia Police Department's shield that replaces "honor, integrity, service" with "coffee, corruption, donuts" is back in the news again.

The Bakery House in Bryn Mawr posted an apology to its Facebook page Monday afternoon after one of its decorators used the altered shield on a cake over the weekend. The cake was ordered to celebrate a man's 25th anniversary with the department, according to a report from 6ABC.

The woman who ordered the cake, Tina Jones, told 6ABC that she didn't notice the altered words on the shield until her friend was about to take the cake into his office to share with his colleagues. Jones called the cake "humiliating" to someone who has served 25 years "in a not-so-easy job."

The owner of The Bakery House, Sandy Stauffer, called the incident a "devastating mistake" and said on Facebook that she and her staff "have the utmost respect for all law enforcement." Explaining how the altered shield made it on the cake, Stauffer said one of the bakery's decorators pulled the image from the internet and "did not see the fine print."

A Philadelphia woman was stunned when she received this cake from The Bakery House in Bryn Mawr. She got the cake for her friend’s 25th anniversary @PhillyPolice. Bakery shop says they are mortified and it was an honest mistake and have nothing but respect for our officers @6abc pic.twitter.com/SRTlJxhCnH

"She believed she was choosing a crisper/clearer image. In her haste, it was an image that had been manipulated. No one caught the mistake," Stauffer wrote in The Bakery House's Facebook post. "This is not who I am! This is not who my staff is. We are beyond mortified.

"From the bottom of my heart, I and my entire staff, deeply apologize," she continued. "We are truly embarrassed and are sorry for the hurt … this unfortunate mistake has caused."

According to 6ABC, Jones declined a full refund for the cake from The Bakery House.

If the altered badge looks familiar, that's probably because it made headlines when NBC10 said it "mistakenly" ran it on the 5 p.m. news on Feb. 11 during a story about city employees, including five police officers, who died from COVID-19. The use of the altered badge during the broadcast prompted a tweeted statement from Commissioner Danielle Outlaw, who accepted the station's apology but said in part that "mistakes such as these can tear away at our legitimacy, & can also diminish the work of our employees who risk their safety every day."