Updated: So why is 'Manayunk Roxborough' trending on Twitter this snowy morning? 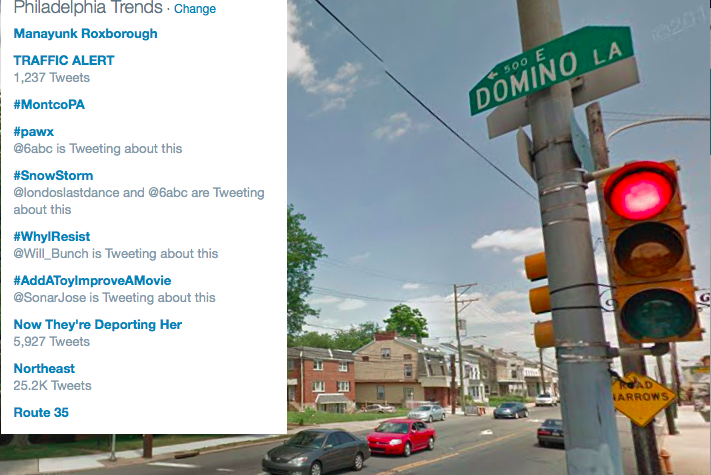 'Manayunk Roxborough' was trending on Twitter as snow fell in the region on February 9, 2017.

If you’re anything like me, you opened your laptop this morning, headed over to Twitter and quickly had to ask yourself, “Yo, why the heck is ‘Manayunk Roxborough’ atop the Philadelphia trends list?"

Here are a couple of people who thought that very thing:

Why is my hood trending? Manayunk Roxborough? I'm so confused!

Well, I took a couple seconds to answer that question as my commitment to “real news” is staunch.

It all started with an early morning message from the “the official Twitter account of the City of Philadelphia Office of Emergency Management.” It was a declaration that SEPTA has suspended service on the Route 35 bus route, which is essentially a “Manayunk Roxborough loop.”

That breaking news was then retweeted – or cribbed and reshared as original – by several news agencies.

So, thoughts and prayers for those who are dependent upon the Route 35 bus route on a day when schools are closed and many people aren’t heading downtown to work.

Also, let this be a lesson that early morning Twitter Trending lists are really ripe for you to get people to think about what you want them to think about.

UPDATE: The route is now up and running!