Some Pa. Turnpike projects in Philly region could be scrapped 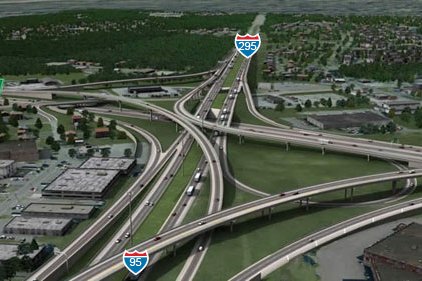 Six expansion projects planned by the Pennsylvania Turnpike Commission, including some in the Philadelphia region, could be axed because of money the agency is required to divert to the Pennsylvania Department of Transportation.

The commission said in a release Wednesday that a yearly payment of $450 million made to PennDOT is hampering their "ability to maintain and improve" the Turnpike.

“We are not questioning PennDOT’s need for supplemental funding, and we certainly understand that our customers’ toll dollars are crucial to support mass-transit agencies in communities statewide,” said Pennsylvania Turnpike Chairman Sean Logan. “However, the safety of those who travel our system must remain our top priority by design."

The payment is required under laws passed by the state legislature in 2007 and 2013. Logan said that the money from those mandates has gone to more projects on other non-tolled roads than those on the Turnpike.

As a result, six projects that aren't necessarily needed to maintain the safety of the Turnpike system could be scrapped. The commission said while they haven't yet called for a reduction in spending, those projects could be suspended if they eventually do need to cut costs.

Among the projects are the I-95 connector to the Turnpike in Bucks County and a cashless interchange to Norristown’s Lafayette Street, the commission said.

The commission noted that they reduced their original 10-year capital spending plan earlier this year by about $1 billion because of toll hikes and the required payments to PennDOT.

"Such a measure would have little or no impact on upcoming toll increases or on the debt needed to meet our funding obligations; furthermore, doing so would result in charging travelers more while they, in essence, get less value for their toll dollar and possibly even reduced safety."