Some tips on career success from meteorologist Cecily Tynan

Start with a hand-drawn map in your bathroom 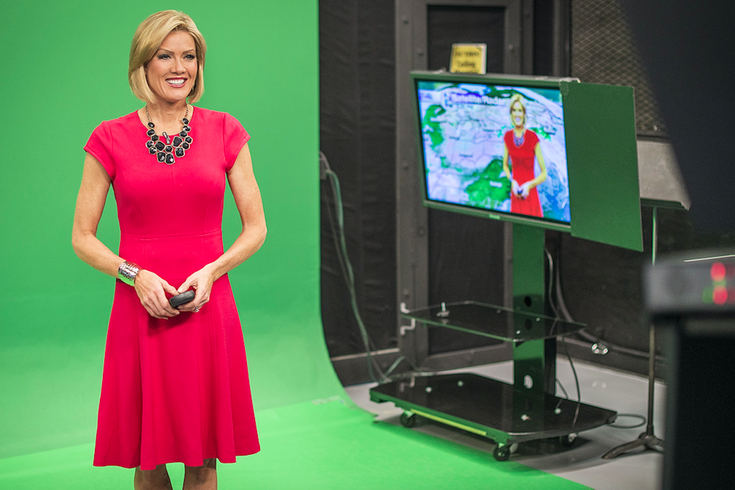 Snow, sleet, wind, rain and hail – Cecily Tynan has seen it all, but it’s sunny skies she prefers the most when bringing the people of the Delaware Valley their forecasts five days a week.

Turn your tube to Channel 6’s Action News at 5, 6 and 11 p.m. Monday through Friday, and chances are you’ll catch the bobbed blonde bringing the weather reports. Most of the time, she’s in front of a green screen, but you’ll often find her at the Philadelphia Zoo, along the Benjamin Franklin Parkway or running along Broad Street for any number of live broadcasts.

Tynan likes to keep her personal life private, but PhillyVoice recently sat down with her to get a look into the life of this well-known local TV personality who has been at the Philadelphia news affiliate for 23 years – the chief meteorologist at the station. She spilled some secrets on how she became a notable name in broadcasting and how young, aspiring journalists can do the same. She also shared who her favorite person to interview is, and what it’s like to get peed on by wild animals on live TV.

An avid animal lover, Tynan regularly visits the Philadelphia Zoo, where she explores animal habitats and interacts with creatures of all kinds on camera. Next month, she’ll be doing her weekly report from the zoo.

And this weekend, Tynan co-hosts Rescued on the Runway, a charity event geared at raising awareness and funds for homeless and neglected pets. Tynan herself, owns three rescued mutts.

“I’d adopt more if my husband would let me,” she laughed.

It was Dan Rather who inspired Tynan to pursue a career in television. She said it all began when the Space Shuttle Challenger went down off the coast of Florida in 1986. She was in high school at the time.

“I remember coming home and watching Dan Rather and thinking, ‘Wow, everybody is listening to what he’s saying right now.’”

After graduating from Washington and Lee University in Virginia, two internships, and a stint at a news station in Las Vegas, Tynan landed at 6abc, where she's spent the last two decades.

“I was the only woman at the time forecasting the weather in Philadelphia. When I came here, it was a sea of weathermen. I was the weather girl.” 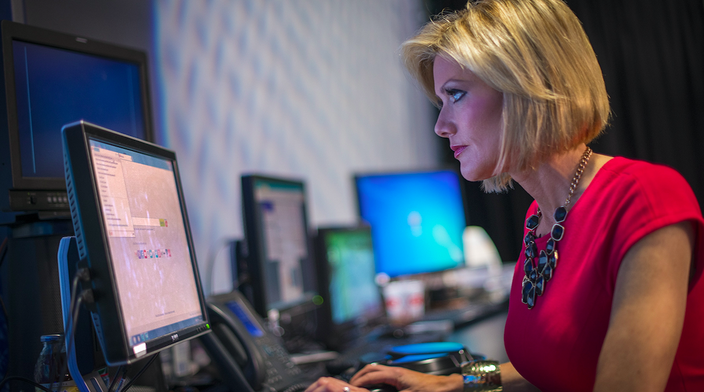 During her time in Vegas, Tynan said she met a lot of celebrities, many of them not her favorite people to interview.

It’s Thanksgiving Day, during the parade, when she really gets into gear with somebody with a lot of spunk – Justin Guarini – the Bucks County native and runner-up on the first season of “American Idol.” (You might also recognize him from those Dr. Pepper commercials.)

“I’ve also had a lot of people come up to me over the years and say, ‘Hey, I’ve just run my first 5K.’ ‘I’ve stopped smoking.’ ‘I lost 30 pounds because you inspired me.’

“And I’ve also met a lot of Cecilys, which I’m honored, and I see the irony of it,” she said.

“I hated my name growing up, and now it’s so different. We definitely have a lot more Cecilys in this area now,” she laughed.

Followers of Tynan on social media know her as a diehard runner, having completed multiple marathons, triathlons, and she even competed in the 2003 Ironman World Championship in Kona, Hawaii, finishing in the top 10 for her age group. She’s also wild on water skis and wakeboards – just check her Instagram.

As her kids are growing older, though, Tynan has scaled back her rigorous, multi-stage competitions. A weekend race for her would often mean missing her daughter’s soccer game or her son’s swim meet.

Asked her thoughts about the news surrounding Sinclair Broadcast Group, Tynan hesitated a response. Whoever has been paying attention knows that the media conglomerate has been forcing local news anchors at Sinclair-owned stations around the country to read company-mandated scripts that criticize “the troubling trend of irresponsible, one-sided news stories plaguing our country.”

The news has drawn fire from Democrats who are asking the Federal Communications Commission to step in.

We asked Tynan that if she had been employed by Sinclair, would she have read the script on air?

She prefaced her statement by saying that she was grateful to work at a news station that didn’t require that kind of mandate.

“Fortunately, we don’t have anything like that here at 6abc. And even with promotions, we never have to do something we’re not comfortable with…

“So fortunately, working here, I don’t think I’d ever be put in that position, so in that case, I probably wouldn’t read it, but again, I’m here. I’m not there, and if your job depends on it, and if you have a family, then that’s another situation,” she said.

Take your job seriously, but don’t take yourself too seriously."

Onto her advice for young, aspiring weathercasters and journalists:

“Don’t be afraid to fail. Try anything and see where your niche is and be prepared to move,” she said.

“Practice. I remember when I first started as a meteorologist, I would literally hand-make maps and put them in the bathroom mirror behind me and just talk…because it’s live TV, you have to get very comfortable. Take your job seriously, but don’t take yourself too seriously. Some of the stuff that happens when I’m at the Philadelphia Zoo – animals peeing on me and what not – you’ve just gotta laugh about it.

“And as a meteorologist, take every storm individually, but rely on your past experience.”

Check out Tynan’s live video chats every day at 4:40 p.m. on Facebook, where she talks about the weather and answers viewer questions.

And this weekend, Tynan will host “Rescued on the Runway” a fundraiser benefitting Providence Animal Center in Media. It will take place on two nights, Saturday, April 14 and Sunday, April 15 at Cabrini University in Radnor. It will feature an open bar, food, a fashion show, adopted and adoptable pets, a silent auction and a wine and beer raffle. Click here for more information.