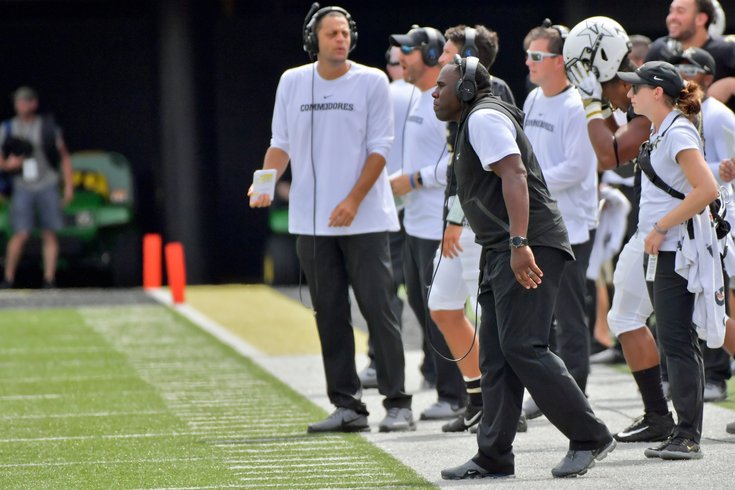 Aaron Moorehead is the guy with the headset, wearing the white shirt with the sleeves rolled up. I think. Maybe. ¯\_(ツ)_/¯

Like Doug Pederson — and many of Pederson's other coaching hires over the years — Moorehead was a former player in the NFL. He was an undrafted free agent out of Illinois in 2003 and had 85 catches for 1,293 yards and nine touchdowns in five seasons with the Indianapolis Colts.

Moorehead will be the sixth Eagles wide receivers coach in as many years.

*Seals-Jones played WR in college; he plays TE in the NFL.