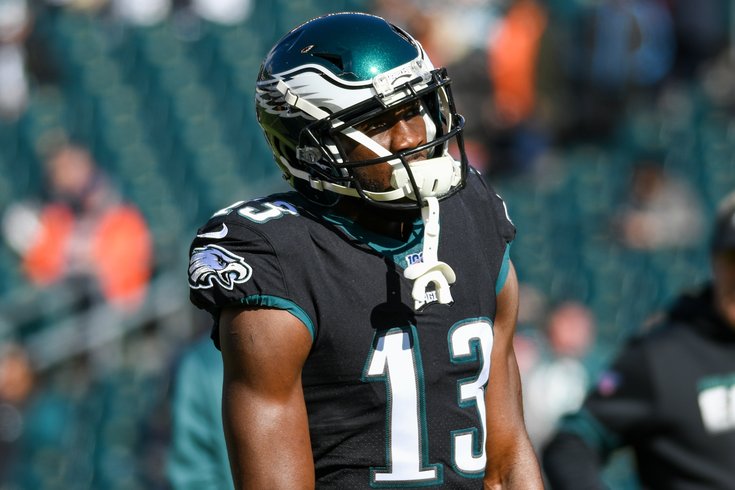 Over the course of a couple weeks in January, we went position-by-position, and analyzed every player on the roster, attempting to project who will be back in 2020, and who won't. We also polled the readers along the way, and we'll show the results of the fan voting here.

The numbers below will show the percentage of "stay" votes.

#JimmySays: Question for the almost 7 percent of you who voted "go" for Wentz: What exactly would you prefer the team do at quarterback?

#JimmySays: Scott won the hearts of the fan base, as he finished with the fifth-highest "stay" percentage on the team. Sproles finished second-to-last.

#JimmySays: If I told you before the season that Ward would have the highest approval rating among the wide receivers on this team, it would be hard to fathom how that'd be possible. But here we are!

Whatever support Agholor had is long gone. He had the lowest "stay" percentage on the team. The fans are also seemingly ready to just take a massive cap hit to get Jeffery off of the roster, which I believe is wise.

#JimmySays: I guess the almost 8 percent of the folks who voted for Ertz to go are looking to trade him to make room for Goedert, and go back to a more traditional offense?

Goedert had the highest "stay" vote on the team.

#JimmySays: The fans overwhelmingly could not find a sentimental spot in their hearts for Peters, a clear candidate to go to make way for Dillard.

#JimmySays: Barnett obviously isn't going anywhere, and no reasonable person would say otherwise, but nearly 8 percent of the voters seemingly registered a "go" vote in protest of his questionable sack production through three seasons.

#JimmySays: While I agree that Jackson will be back, I'm surprised that almost 97 percent of the voters feel that way. I'd be curious who voted "stay" for Jackson, but "go" for Wentz, lol.

#JimmySays: Almost half of the voters would take $8 million in cap space over Bradham. I agree with them.

#JimmySays: Darby had the third-lowest "stay" vote on the team, behind Agholor and Sproles. The majority are also done with Douglas, though a somewhat surprising 80-plus percent of voters aren't ready to move on from Jones just yet.

#JimmySays: On a positional basis, safety (44.08 percent) had the lowest average of stay percentage on team, which was somehow even worse than wide receiver (45.47 percent). Were you guys just in a bad mood that day?

And yep, we're still going to get to the coaching staff and front office.