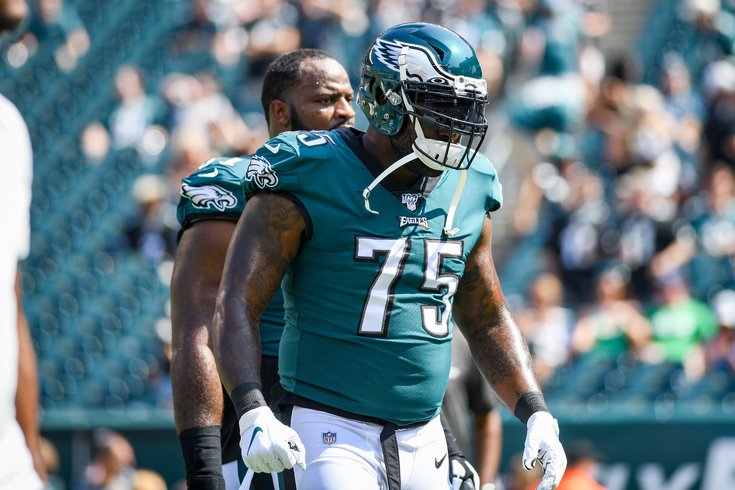 Prior to the start of free agency last offseason, Graham signed a three-year extension worth $40 million, with $27 million guaranteed, so he's not going anywhere.

Graham received that contract after a season in which his numbers were down, likely as a result of an ankle injury suffered in 2017 that kept him on the PUP list all the way up until a couple weeks before the start of the 2018 regular season.

While fully healthy in 2019, Graham improved his numbers in every pertinent category:

The Eagles hope that Fletcher Cox will do the same in 2020.

The staff loves him. They praise Barnett any chance they get, often citing his toughness and work ethic. Personally speaking, while the numbers aren't there, I do think that Barnett has improved his repertoire of pass rush moves, and believe it's only a matter of time before he breaks out.

Obviously, Barnett isn't going anywhere in 2020. The team does have to decide whether or not they will exercise a fifth-year option on Barnett for 2021, and I'll save you the suspense -- They will.

Sweat showed some progress, and needs to continue to make significant jumps going forward. He'll be part of the rotation again in 2020.

Curry ended up being a bargain in 2019, when he made $2.25 million as a rotational DE, who exceeded expectations (or at least my expectations). He had 27 tackles (5 for loss), 5 sacks, and 12 hits on the quarterback. More importantly, Curry played well down the stretch, as he had 4 sacks in the Eagles' final 5 games.

I think the Eagles need to get younger, but in a bit of a surprise, I think Curry comes back, at another reasonable one-year deal.

After the Eagles traded a fourth-round pick in 2021 for him at the trade deadline, Avery only played a total of 33 snaps in the regular defense. He had 2 tackles and a half-sack.

In the Eagles' year-end press conference, Howie Roseman was asked why the team traded for players in consecutive seasons (Golden Tate in 2018, Avery in 2019) who the team failed to integrate into game plans.

"I think they are two different examples," Roseman said. "I think Golden was more of a win-now kind of move. When we acquired Genard, we knew that to get the best of him would take an offseason.

"He obviously had two and a half years left on his contract. He was someone we thought was a young player who had explosive traits and when we talked to Coach and the defensive coaching staff, they said this trade will pay off more in the future than it will through the course of the year, and so we understood that. We understood that it was a high price to pay, but it's hard to find guys with his skill-set and he's a versatile guy. But he'll be best served with an offseason."

Miller was active for two games this season, and he didn't play a single snap with the regular defense, when six other defensive ends were able to get on the field ahead of him. That's not ideal.

Miller's roster spot next season is far from a lock.