Eagles' season of 'All or Nothing' to debut Feb. 7 on Amazon Prime

The eight-part docuseries will focus on the 2019 season, and unfortunately, everyone knows how that's going to end 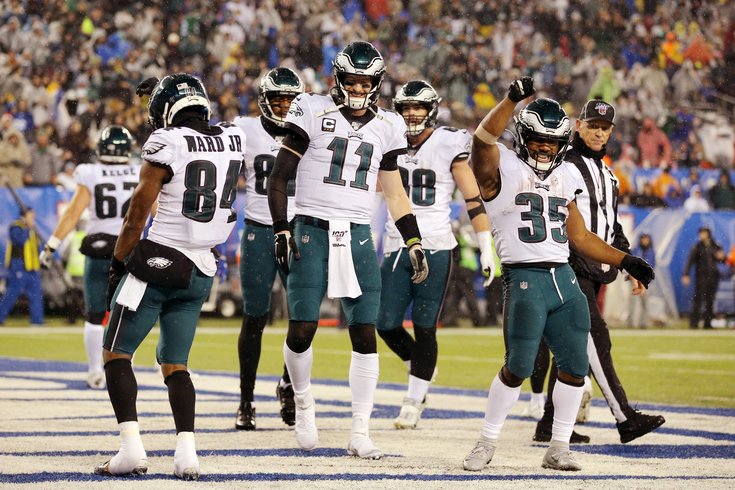 The Philadelphia Eagles’ 2019-2020 season will be the subject of the Amazon Prime's 'All or Nothing' series that is available to stream on Feb. 7, 2020. The show's season will consist of eight episodes.

The Philadelphia Eagles’ 2019 season is set to be the subject of Amazon Prime's “All or Nothing” series this year. Now, we have a date for the series premiere: Feb. 7.

Previous seasons of the show typically haven’t debuted until the spring or summer following the NFL season that is the subject of the docuseries, but Birds fans will not have to wait that long to find out what the 2019 season was like behind the scenes for the Eagles.

Given all the struggles and ups-and-downs, the show shouldn’t disappoint, even though fans all know how things ended in the playoffs against the Seahawks.

Amazon Prime released a teaser for the series on Friday, featuring Carson Wentz leading the Eagles as the team walked down the tunnel and out of the locker room ahead of a game this season. It concludes with Wentz giving a pregame speech to his teammates before heading out onto the field. Watch for yourself here.

🗓 Season 5 of #AllOrNothing featuring the @Eagles is coming February 7 on @PrimeVideo! pic.twitter.com/sg14ALzg5x

The Eagles finished the 2019 season at 9-7 and won the NFC East title for the second time in three years. They made the playoffs for the third straight year, but were defeated in the NFC Wild Card round at home by the Seattle Seahawks 17-9.

Other NFL teams to have been featured on the show in past seasons are the Arizona Cardinals, Los Angeles Rams, Dallas Cowboys, and Carolina Panthers.