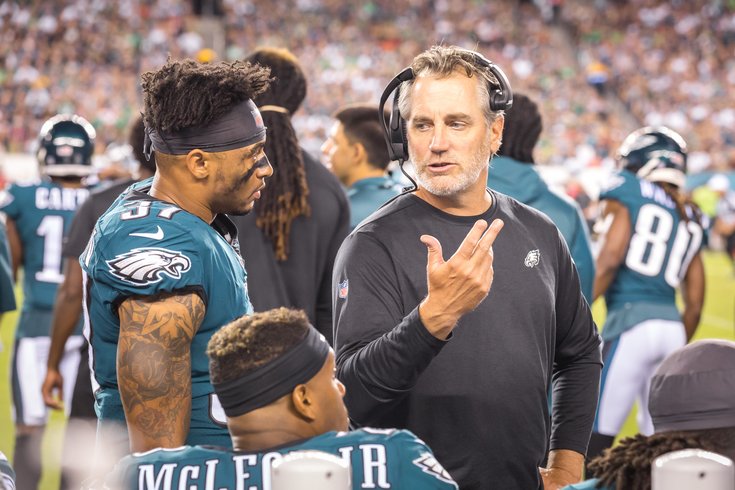 According to a report from Field Yates of ESPN, the Detroit Lions are hiring Philadelphia Eagles defensive backs coach Cory Undlin to become their defensive coordinator.

Undlin and Lions head coach Matt Patricia both began their NFL careers together as coaching assistants with the Patriots in 2004.

Undlin came under fire from Eagles fans in recent years, as the team's cornerbacks have under-performed at times. The thinking here is that the Eagles' struggles in that department were as a result of talent deficiencies, not coaching.

Undlin was hired by the Eagles in 2015 during the Chip Kelly regime, and he was one of just a few assistants that the Eagles kept aboard when the team moved on from Kelly, and hired Doug Pederson.

Obviously, the Eagles will need a new defensive backs coach.