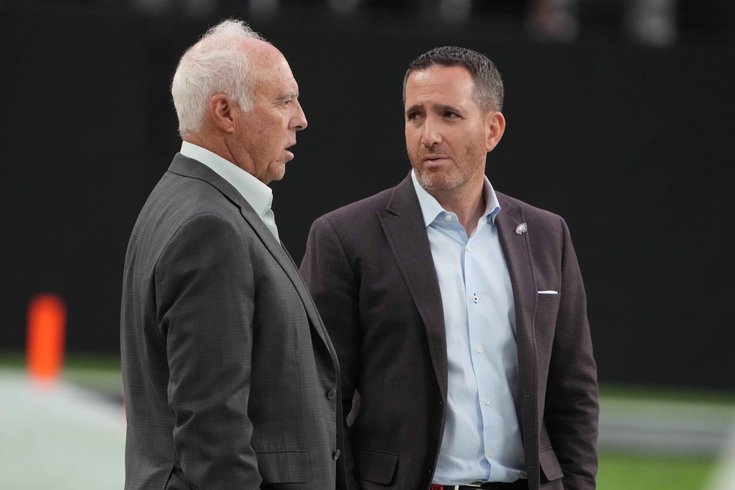 Howie Roseman has agreed to a three-year extension to remain the Philadelphia Eagles' general manager, according to a source. Roseman was previously in the final year of a contract that he signed during the summer of 2018.

Roseman has had a variety of job titles, but he has been the Eagles’ primary decision maker since 2010, with a one-year break in 2015 when Chip Kelly assumed full control of roster construction.

Upon his return to GM duties in 2016, Roseman took a franchise in free-fall after the firing of Kelly, and in quick work turned it into a Super Bowl winner. In 2017, Roseman made a series of free agent signings and trades that panned out in a big way. Those acquisitions included Nick Foles, Alshon Jeffery, Torrey Smith, Jay Ajayi, LeGarrette Blount, Stefen Wisniewski, Chris Long, Timmy Jernigan, Patrick Robinson, Ronald Darby, Corey Graham, and Jake Elliott, all of whom, to varying degrees, helped the Eagles win their first Super Bowl. The roster that he built was so strong that even the loss of MVP front-running quarterback Carson Wentz couldn't derail it from achieving the ultimate goal.

The team appeared to be well-positioned to compete for a Super Bowl every year for the foreseeable future. However, over the next three offseasons, apart from the 2018 draft, there were more misses than hits in the draft, free agency, and player retention decisions under Roseman’s watch. Though the team made the playoffs in 2018 and 2019, their on-field performance steadily declined each year until they bottomed out in 2020, when they finished with a 4-11-1 season. In the aftermath, Doug Pederson lost his job, but Roseman remained in place. Based on comments from Jeffrey Lurie after the season had concluded, Roseman's job was seemingly never in any real jeopardy.

Roseman rebounded with a strong year in 2021, as the team unexpectedly qualified for the playoffs. He made the best of a bad situation by trading Wentz for what would eventually become first- and third-round picks. He also gained an additional 2022 first-round pick with some pre-draft maneuvering while also still being able to land wide receiver DeVonta Smith, a player with legitimate star potential. Other rookie draft picks like Landon Dickerson, Milton Williams, and Kenny Gainwell also showed promise for the future. During the season, Roseman signed a quartet of quality 2018 draftees in Jordan Mailata, Dallas Goedert, Josh Sweat, and Avonte Maddox to contract extensions.

Apart from the more visible roster transitions, the Eagles are generally recognized as one of the more inventive teams in the league in terms of contract creativity, and Lurie has often hyped the front office's ability to develop talent within their scouting and analytics departments.

Looking forward, Roseman and the Eagles have a potentially franchise-shaping offseason ahead with three first-round picks in the 2022 draft, and 10 picks overall. They also have some ability to spend in free agency, which was not the case a year ago, and they have already bolstered their pass rush rotation with the addition of Haason Reddick.

Roseman will be under contract through the 2025 season.