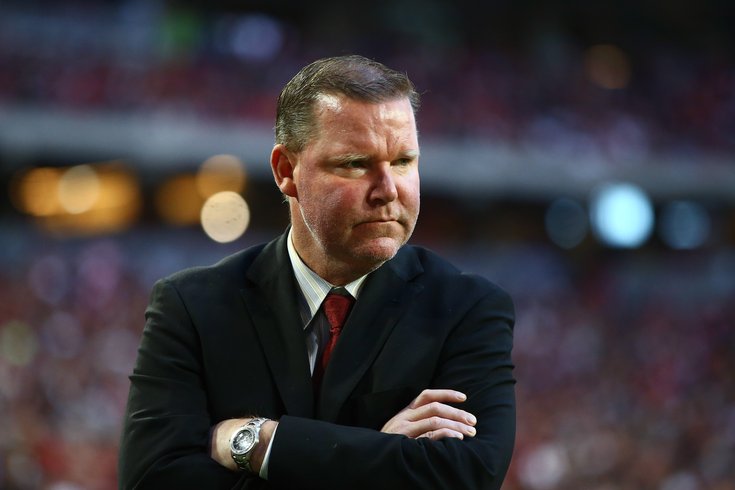 According to a source, former Washington Redskins and San Francisco 49ers general manager Scot McCloughan is working as a front office consultant for the Philadelphia Eagles, and has been for over three years.

During Doug Pederson's and Howie Roseman's year-end press conference, Roseman was asked if the Eagles should bring in a senior evaluator either on the personnel side or the coaching side to bring a fresh perspective.

"On the personnel staff," we have that, Roseman said. "We have [Senior Football Advisor] Tom Donahoe who has been a GM for a long time. I would say our front office, I say this, I'm extremely prideful in our front office. I think we have a great front office. We lost obviously a GM candidate in Joe Douglas. We have a very talented front office staff."

The Eagles unofficially also have McCloughan, who runs his own private scouting service out of Colorado, and who the Eagles hired soon after his ousting in Washington in 2016. McCloughan was a GM for Washington from 2015 to 2016, and with the 49ers from 2008 to 2009, among other front office gigs with the Green Bay Packers and Seattle Seahawks.