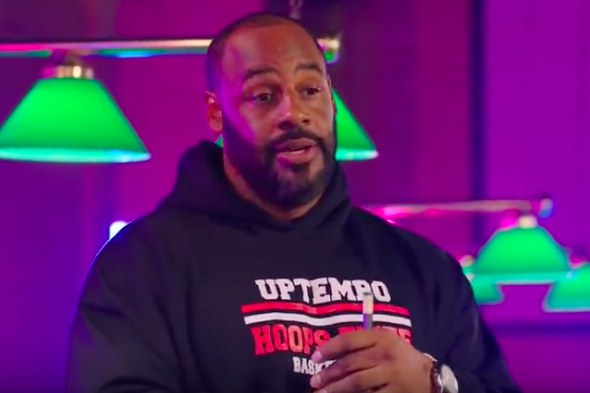 In what's become an annual tradition around the Super Bowl, McNabb tossed the latest accusation between the two during an interview with Bleacher Report's Master Tesfatsion.

McNabb was asked to revisit the fallout of the 2004-2005 season. It's a story we all know well: Owens entertains the media in his driveway during a contract holdout and the situation unravels.

"We're sitting there at training camp just like, 'You've got to be kidding me,'" McNabb said. "We're in our dorm rooms, and I'm just sitting there watching on TV. Brian Dawkins and (Jeremiah) Trotter were my roommates. Dawk would come in like, 'Man, what'd he do now?' And I was just like, 'Take a look.' It's like 'Days of Our Lives.' It's unbelievable. But that was something that kind of broke us up."

Prior to the Eagles' victory in Super Bowl LII, Owens called McNabb two-faced during an interview on SiriusXM's "The Morning Men," later tweeting that he only left Philadelphia because McNabb didn't want him there. He previously has claimed that the feud began when McNabb told Owens to "shut the f*** up" in the huddle after the ball wasn't thrown his way.

McNabb went on to say that he doesn't harbor ill will toward Owens at this point.

"Hey, I give a nice peace sign and keep it moving," McNabb said. "I respect his time. I love my time. There's no need for me to try to dust off anything in the past, because what's in the past is in the past. You know, he's made a few comments as of late. That's cool with me. Listen, I'm a grown man. I handle grown-man business."

The reality is that Owens and McNabb will always be asked about each other. They played a critical part in each other's careers at their individual and team peaks. Someday, when they're both old men and further removed from the situation, maybe they'll sit down together for an interview and hash out their differences.

When it comes to Super Bowl LIV, they'll probably both be rooting for Andy Reid's Kansas City Chiefs. At least they can agree on that.