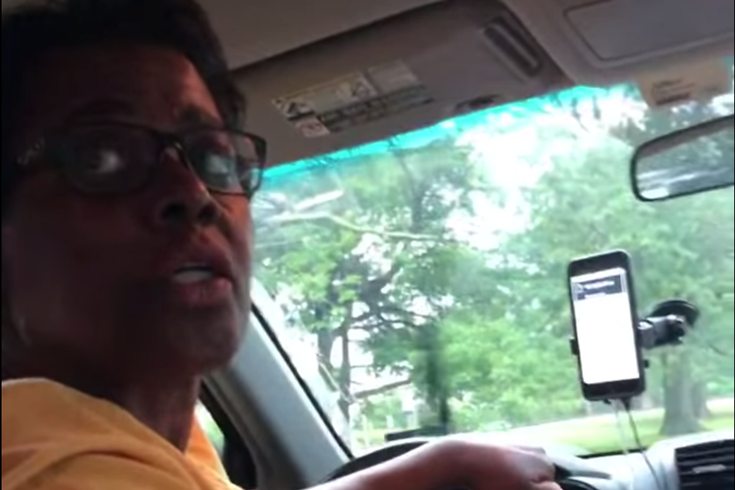 An Uber driver in Camden County kicked two gay women out of her car during a ride because of their sexual orientation.

An Uber driver in South Jersey kicked two gay women out of her car during a ride because of their sexual orientation.

Kristin Michele and her girlfriend Jenn Mangan were riding in an Uber this week. Michele said she leaned over to give Mangan a kiss on the cheek, which is when her Uber driver stopped the car and told them to exit the vehicle.

Michele recorded a video of the encounter and posted it to Facebook. You can watch the video below.

In the first 10 seconds of the video, the Uber driver confirms that she decided to kick the passengers out of her car because of their sexual orientation:

"Are you kicking me out because I'm gay?"

Michele also posted this message alongside her video:

The video, posted Friday afternoon, went viral in less than 24 hours. By Saturday at noon, the video had more than 9,000 views and 113 shares.

Mangan, whose Facebook profile says she lives in Oaklyn, New Jersey, said in the comments below Michele's video that the incident took place near Oaklyn.

Uber's website includes a page titled "Advocating for LGBTQ+ equality", which claims the company is "dedicated to supporting the LGBTQ+ community through service, equal economic opportunity, and company initiatives."

Michele said she reported the driver to Uber, and spoke with Uber about the incident.

Uber sent this statement to PhillyVoice on Saturday:

“Uber does not tolerate discrimination in any form and we have been in contact with this rider. We removed the driver’s access to the app as soon as we were made aware of this incident.”