South Jersey woman's unique gift: she sees past and future 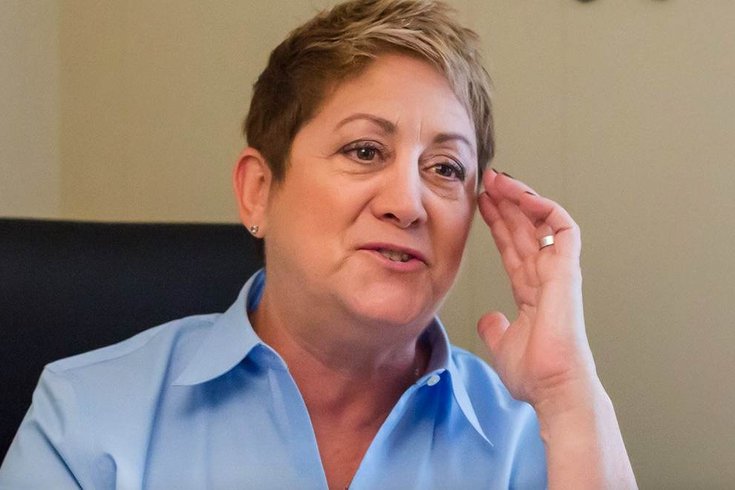 “I thought all moms talked to dead people,” psychic medium Kym Durham says of growing up as the daughter of a woman who ran a psychic and medium consulting business in Woodbury Heights. Kym Durham helped with directing the successful search for the body of Shane Montgomery, who went missing after leaving a Manayunk bar on Thanksgiving 2014.

As a cop in North Philadelphia, Kevin Verbrugghe relied on facts to solve mysteries.

But as a distraught godfather and uncle to Shane Montgomery, the 21-year-old West Chester University student who went missing on Thanksgiving in 2014 for an excruciating 38 days before being found drowned, Verbrugghe and his family instead relied on South Jersey psychic and medium Kym Durham.

In the end, Montgomery’s body was located in an unexpected place: about a half-mile downstream from the Manayunk pub he had walked away from and perhaps 800 yards from where his keys were recovered by divers combing the Schuylkill River several weeks before.

FIRST-PERSON: Can South Jersey psychic medium convince a professional skeptic? We sit down for a reading

But his body was in a place in the river Durham had predicted – though on the opposite side of the river from where she had marked on a map that she had sketched.

In fact, his family was holding that map when a diver finally found Montgomery’s body on Jan. 3, 2015, close to Blackie Bridge, a 19th century cast iron railroad span near the Manayunk towpath.

“My friends would say I’m pretty much one of the biggest skeptics in the world,” Verbrugghe explained.

“I lacked faith. I thought this (psychics and mediums) were a hoax. But it became a reality.”

“She has a gift from above, from God." – Kevin Verbrugghe, uncle of Shane Montgomery, on Kym Durham

Not only did Durham help with directing the successful search for Montgomery, she also comforted the family.

Durham, who met four times with Verbrugghe and also came to walk through Manayunk, told the family she “felt his presence. She brought up things that were not public knowledge.” And she also told the family Shane was “safe and with an elderly woman named Veronica,” with whom he shared a “special bond.”

“That kind of grabbed me,” Verbrugghe said. Veronica was the name of a great-grandmother Shane had never known in life.

Then there was also the fact that Shane and Veronica shared the same birthday.

“She has a gift from above, from God,” Verbrugghe said of Durham. “I feel different than I did then.”

Durham said skeptics present a special challenge. They can be especially rewarding – though particularly draining.

“Interpretation takes more time and energy from me when I work with a skeptic," she said. "It's more taxing on my energy.”

“I come from a scientific background, so I understand, I guess, better than most, the need to make sense of how I am able to do what I do," she added. “I, at times, can't explain how I do what I do ... but in the end, the skeptics turn out to be my most loyal clients and loudest advocates.”

The Montgomery case “has had a lasting effect upon me. I am honored to be a part of assisting police and the missing’s family members during their lowest points of their lives. It's not something you soon forget.”

'I WANTED TO WALK IN MY OWN LIGHT'

Durham grew up speaking to spirits – just as her mother, Joan Friel Durham, did before her.

When she was just 4 years old, Kym saw her first spirit, as well as a man who entered rooms without using a door. “Mom didn’t make it scary; she was matter of fact.”

“I thought all moms talked to dead people,” she said of her life, growing up as the daughter of a woman who ran a psychic and medium consulting business in Woodbury Heights, Gloucester County.

Her mother helped with hundreds of murder and missing persons cases and traveled internationally to consult with businesses to “steer them to opportunities or over rough waters.”

And while she worked with her mother on nights and weekends, when it came time for college and career, Kym Durham chose nursing, ultimately earning an advanced degree in orthopedic care.

“I wanted to walk in my own light,” she said.

The intersections of science, medicine and communications with the dead – as well as psychics, the ability to see future events through extrasensory perception – made for some odd juxtapositions, such as seeing a dying woman communicating with spirits who had already passed. For the most part, though, Durham kept her abilities to herself when working as a nurse.

In 2007, she injured her shoulder and decided it signaled a time for a change. She has worked as a psychic and medium since, with an office where she sees clients in downtown Collingswood, Camden County.

'I WAS ABSOLUTELY SPEECHLESS'

Many of Durham's clients first come to see her during tragic times in their lives. For one South Jersey woman, that low point came when her mentally ill mom disappeared.

Ultimately, the missing woman was found dead, though not by Durham. Still, the daughter, who asked to only be identified by her first name, Jennifer, was comforted by her encounters with Durham, though skeptical at first.

"I am so thankful that I met Kym and for the comfort she gave to me." – Jennifer, on Durham

But, "within a few minutes I was shocked by Kym’s ability to communicate with my deceased father," Jennifer said. "She described his physical appearance, how he died, and specific dates and family events.  I ... was just blown away by the things she knew.

"She told me that the first missing-person case her mother ever worked on was a little boy from South Jersey over 30 years ago. This little boy was my friend from elementary school, and I had struggled with his death for years. I was absolutely speechless because there was no way she should have known this."

While Durham did not ultimately locate her dead mother's body, Jennifer is convinced that "Kym walked her path."

Durham described Jennifer's mother’s health problems and other small details about her life that she should not have known, Jennifer said.

"She also told me that there was an envelope in my mother’s filing cabinet with my name on it. I looked through the filing cabinet and found the envelope in a file titled 'funeral arrangements,'" she said. "It was addressed to me and written a few years earlier and included a schedule of her assets in the event of her death."

"I am so thankful that I met Kym and for the comfort she gave to me."