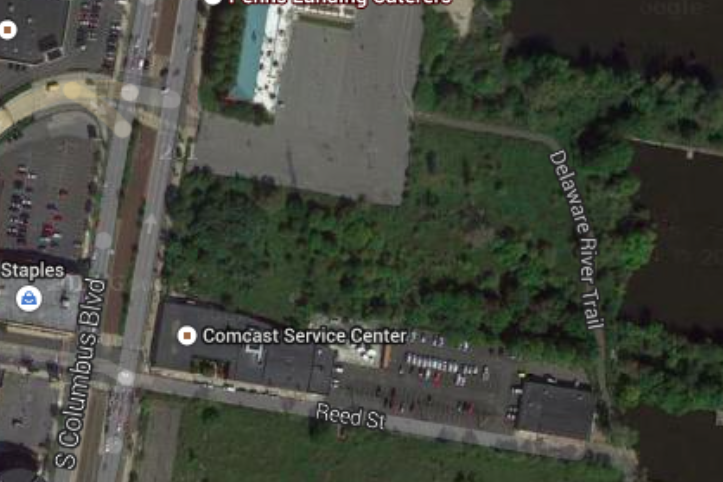 The Delaware River Waterfront Corp. is looking to purchase a strip of land behind the Sheet Metal Workers Union site at 1301 S. Columbus Blvd.

The next leg of the Delaware River Trail pedestrian and bike path is moving along and is headed south into South Philly.

According to PlanPhilly, the Philadelphia City Planning Commission last week approved a subdivision of a South Philly parcel of land at 1301 S. Columbus Blvd., a site used by the Sheet Metal Workers Union and owned partly by developer Eric Blumenfeld.

The Natural Lands Trust plans to purchase the property on behalf of the Delaware River Waterfront Corp. to continue DRWC's long-term goal of creating an uninterrupted bike and walking trail set back 100 feet from the river's edge and stretching from Oregon Avenue in South Philly to Allegheny Avenue in the Lower Northeast, PlanPhilly wrote.

The site will be similar to the Penn Street Trail north of Spring Garden Street.

Under the terms of the agreement, current owners ,Eric Blumenfeld’s Liberty Landing Association, will maintain control of two other piers behind the planned trail extension for possible future development. The final sale amount has not yet been settled.

In 2013, the RBA Group completed a preliminary design report for the entire length of trail, and the first segment of on-road trail at Penn Street was opened to the public.