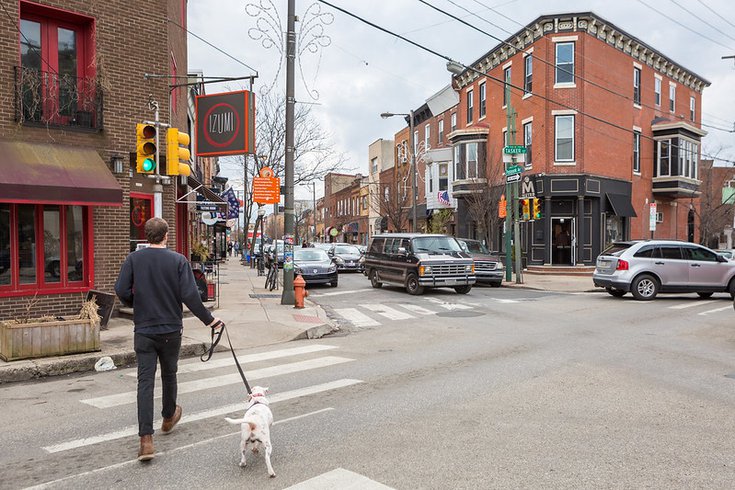 South Philadelphia is home to many historic neighborhoods, where storied houses reside next to new construction properties awaiting Philadelphians looking to get a taste of life south of Center City.

What originally started as Lenape land purchased by William Penn eventually grew into one of the largest shipping commerce centers in the world, and in 1854 the city government consolidated the area into Philadelphia. Over time, many Irish, African American, Italian, Polish, and other immigrants came to call South Philadelphia home, and the roots of these cultures enliven these neighborhoods today.

If Philadelphians wander south from Center City, they will eventually pass through Little Saigon and find themselves in Passyunk Square.

Many homes have brick exteriors and feature backyard spaces for homeowners to lounge in after a day of work. Bordered by South Broad Street to the west, Washington Avenue to the north, 6th street to the east, and Tasker Street to the south, buyers love this neighborhood because it provides an easy commute to West Philadelphia and Center City.

Passyunk holds a place in the hearts of many local residents and tourists because it is the birthplace of the famed Philly Cheesesteak. Introduced in the 1930s by Pat’s King of Steaks, the restaurateur reigned supreme until Geno's Steaks opened up shop just across East Passyunk Avenue.

Beyond cheesesteaks, Philly residents can find plenty of boutique shops, restaurants, and other shopping outlets at the East Passyunk Avenue shopping corridor, which runs through the length of the neighborhood. Neighborhood explorers can also find some fine Italian food to the north at the Italian markets and delis on 9th street.

If aspiring homebuyers explore to the southwestern reaches of Philadelphia, they will find Girard Estates nestled between I-76 and Passyunk Avenue. Rocky Balboa fans will immediately recognize the name as parts of the film were shot on the 2300 block of South Lambert Street.

The name Girard Estates hails from the 481 rental homes built between 1906 and 1916 that comprised the original Girard Estates. The houses feature Colonial Revival, Mission, and Bungalow-style homes giving the neighborhood a defined curb appeal differing from the usual Rowhouse-style buildings found in Philadelphia.

In the 1950s, private buyers were allowed to purchase the properties, and the homes sold out within two years. But diligent homebuyers can still find a listing from time to time if they keep a close eye on the market.

While Girard Estate draws many Philadelphians interested in historic architecture, shoppers will love the neighborhood as Quartermaster Plaza is directly south of the district, where buyers can find big-box retailers.

And like most South Philly neighborhoods, SQ Philip’s Steaks gives residents a local spot to frequent for a cheesesteak.

If Philly residents wander northwest from Girard Estates, they will find the riverside neighborhood of Grays Ferry. Situated on the edge of the Schuylkill River, homeowners in Greys Ferry have a variety of parks within a stone’s throw of the waterfront.

Founded in the 1700s, Grays Ferry hosted three ferry terminals that took residents across the Schuylkill to Philadelphia. Some of the schools and recreational buildings in the area are so old that they are on the National Register of Historic Places.

While the ferry terminals are gone, Grays Ferry hosts the part of the Schuylkill River Trail, where residents can hang out by the water or watch the skateboards surf the concrete at the Grays Ferry Skatepark, just next to Grays Ferry Avenue Bridge. Each year, the local community throws the Odunde Festival, where residents celebrate the African Diaspora through food, dance, and historical garb and costumes.

The neighborhood sits just to the south of the University of Pennsylvania, and University Avenue Bridge takes residents right into University City. I-76 also provides commuters easy access to Center City West.

On the east side of South Philly, neighborhood explorers will find Pennsport sitting along the expansive Delaware River.

The area came to prominence in the 1800s, when shipbuilders used the docks to create fleets of merchant and military ships. Dockworkers settled down in the nearby area, and today buyers can still find homes dating back as far as 1815. Many of these brick-sided rowhouses sit near the water, separated from it by the I-95 overpass.

Residents can travel along the Delaware River Trail and hang out at Pier 68 park to take in views of ships passing by. Locals can also get some shopping done at the Walmart behind the park at the Columbus Crossing Shopping Mall off of Tasker Street.

While the waterfront is splendid, many Philly residents travel to Pennsport for the Irish-themed bars and restaurants dotting South 2nd Street, colloquially known as “Two Street.” The region offers plenty of places to shop, dine, and watch performing arts at local performance clubs practice for the Mummers Parade. Musical performers known as mummers are part of these clubs and compete each year in the 100 plus-year-old Mummers Parade that usually marches along Broad Street or Market Street in Center City.

While the mummers are a sight to behold, many Philly locals move to Pennsport for the vibrant coffee and food culture, attracting locals to coffeehouses like Grindcore House, Cake and Joe, and Gooey Looies.

Browse listings for sale in Pennsport