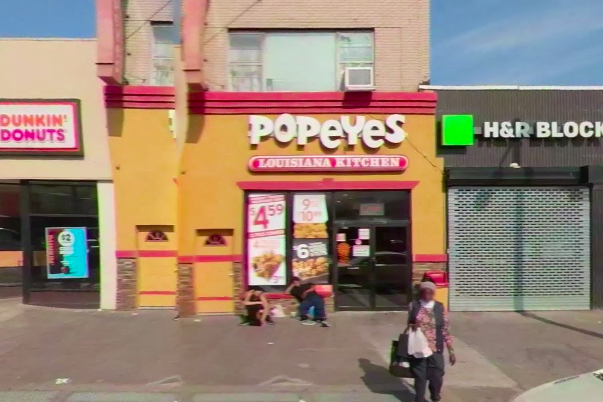 An Instagram video viewed thousands of times purports to show mice running across the floor of the Popeyes restaurant at 2027 S. Broad St. in South Philly. The Philadelphia Department of Public Health says the restaurant had been inspected a day before the video was posted. The inspector found no evidence of an infestation and the health department called the video 'completely unverifiable.'

A disturbing video uploaded on Instagram this week claims to show a pack of mice running freely across the floor of a fast-food restaurant in South Philadelphia.

The Philadelphia Department of Public Health has doubts about whether the sickening clip can be trusted.

"Smh I would never eat from there that's Terribly Disgusting," the post is captioned.

In the video, the narrator identifies the scene as the Popeyes located at 2027 S. Broad St., near the intersection with Snyder Avenue, but there is no clear evidence confirming the location or when the video was recorded. The location — whatever it is — appears to be closed at the time

Curiously, the last health safety inspection at this Popeyes location was completed on Tuesday, July 30, the day before this video was released. There was no mention of live mice in the report from the Office of Food Inspection.

Old mouse droppings, however, were observed on a shelf and cleaned during the inspection, the report said.

This Popeyes also was cited for failing to store food at least six inches above the floor in the walk-in cooler and walk-in freezer, failing to secure CO2 tanks and storing a mop in a mop sink.

A spokesperson from the Department of Public Health sent PhillyVoice the following statement on Thursday:

The Office of Food Protection’s inspection on July 30 showed evidence of old mouse droppings in a storage area. This is considered a Good Retail Practice violation, not a Foodborne Risk violation. Foodborne risk is when evidence of pests are found in food prep and serving areas. Also, the inspector—who does this work every day—noted that the droppings were old and didn’t feel that this was evidence of a current infestation.

As for the video, it is shocking. Unfortunately, it’s also completely unverifiable. We don’t know if that video was shot last night or if it was even shot in that location. We’ve had no complaints about rodents in that facility and given the recent inspection showing no pests, we did not feel this was a credible video and could not justify a repeat inspection.

Multiple calls placed to this Popeyes location and the restaurant's corporate offices were not returned on Thursday.

The Department of Public Health encourages members of the public who are worried about the cleanliness and safety of local food establishments to call them directly at (215) 685-7495.